WASHINGTON – The Office of Congressional Ethics won a reprieve Tuesday, after House Republicans reversed course and dropped plans to gut the independent panel following a public outcry and criticism from President-elect Donald Trump. At least six lawmakers remain under investigation following complaints initially reviewed by the OCE, including Washington state Rep. Cathy McMorris Rodgers, the fourth highest-ranking House Republican. Other ongoing investigations target Republican Reps. Created in 2008, the ethics office is a nonpartisan entity that reviews allegations of misconduct against House members, officers and staff, and makes recommendations to the House Ethics Committee. In most cases, the OCE report and findings must be publicly released.

Artificial intelligence (AI) is expected to have a monumental impact on society. As such, DeepMind, an AI research company now housed under Google parent company Alphabet, has established a new unit dedicated to answering questions about the effect the technology might have on the way we live. DeepMind Ethics and Society will bring together employees from the company and outsiders who are uniquely equipped to offer useful perspectives. Economist and former UN advisor Jeffrey Sachs, University of Oxford AI professor Nick Bostrom, and climate change campaigner Christiana Figueres are among the advisers selected for the group. At present, the unit comprises around eight DeepMind employees and six unpaid fellows from outside the company.

The rules-package amendment promulgated by Rep. Bob Goodlatte and passed Monday night by the House Republican Conference would have put the OCE under the aegis of the House Ethics Committee. The inconvenient word ethics would be struck from the office's name altogether. It would become the "Office of Congressional Complaint Review," a title carrying slightly more gravitas than the congressional mail room. The proposal would prevent the OCE from disclosing any information to the public--sealing itself to the public, essentially--and explicitly bars it from hiring a communications director or press secretary. In short, under the new rules, the OCE would handle all ethics complaints against members in the dark and be managed by the House Ethics Committee, which, like all committees, would be controlled by Republicans.

The Legislative Ethics Commission recommended Tuesday that the ethics law be revised to specifically prohibit workplace harassment by lawmakers against their staff. The legislative ethics law currently does not include such language.

Government Ethics Office Website Crashes Under Too Much Traffic -- Again 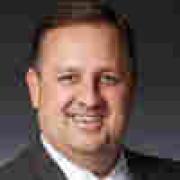 The Office of Government Ethics is back in the news as its website crashed, for the second time in less than a month, again under a flood of inquiries. The Office of Government Ethics website was down on Thursday, after White House counselor Kellyanne Conway urged people to buy Ivanka Trump's products, potentially violating federal ethics rules. The advisory agency typically works to vet people who run the country and detangle them from financial ties that may influence their work in public office. And typically, this work happens quietly in the background when administrations transition from one president to another. But the OGE has received an extraordinary amount of spotlight as Donald Trump has become president.