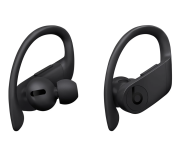 Kohl's released its 2020 Black Friday ad on Nov. 6, kicking off its holiday sale with a handful of early deals (including the following three) that are live online and in stores through Nov. 10: BEST AUDIO DEAL: Beats Powerbeats Pro Totally Wireless Earphones -- $199.99 (save $50) $60 Kohl's Cash BEST SMART HOME DEAL: Amazon Echo Show 8 -- $64.99 (save $65) $15 Kohl's Cash BEST HOME AND KITCHEN DEAL: Keurig K-Select Single-Serve Coffee Maker -- $63.99 (save $86) with code SHOP20 $15 Kohl's Cash Kohl's surprises us every year with some of the top Black Friday discounts on tech, but your mom's favorite department store came through with some *especially* good deals for 2020. Unveiled Nov. 6 -- about a week later than usual, according to BlackFriday.com Select deals include more Kohl's Cash on top of that, and you can clip a 15% off coupon from the ad to save even further. Among the sale's many highlights: You can score a highly sought-after Nintendo Switch, a copy of Mario Kart 8 Deluxe, and a 3-month Nintendo Switch Online membership for just $299 altogether, or the list price of the console itself (a $68 savings) -- that's major. That Switch bundle and dozens of other deals will go live online at midnight EST and in-stores at 8 a.m.

Cyber Week is almost over, but we still have Cyber Monday deals to shop -- and there are plenty of good ones worth your attention. While some of the best deals did sell out on Black Friday, Cyber Monday still has so much to offer. We saw deals just kind of roll over all weekend, but most will probably actually end after Cyber Monday, so this could be your last chance to take advantage of holiday savings. If you see something you want and it's on sale, buy it. We went ahead and pulled together some of the very best deals for Cyber Monday to make it easier and faster for you to find the discounts worthy of shopping.

BEST LAPTOP DEAL: Apple MacBook Air (early 2020, 256GB) -- save $199.01 BEST GAMING DEAL: Nintendo Switch system bundle -- save $67.98 BEST ROBOT VACUUM DEAL: iRobot Roomba 675 -- save $100.99 After a weird, month-and-a-half-long limbo period following its rescheduled Prime Day event, Amazon's 2020 Black Friday sale is in full swing -- and there's no shortage of good deals, to say the very least. The online retailer's holiday savings event is scheduled to last through Black Friday proper on Nov. 27, though you can count on many discounts carrying over through the weekend to Cyber Monday. Bear in mind that some of its daily deals will only stick around for 24 hours or while supplies last, so put some hustle into your purchase if something on your shopping list gets a decent discount.