Is Ivanka Trump The Real First Lady? How Donald's Daughter Helped His Campaign And More Than Melania

Melania Trump may be the newest First Lady of the United States, but her daughter-in-law Ivanka Trump may be the real woman in charge at the White House after all the hard work she did on her father's campaign trail. From addressing the nation for the first time while introducing her dad Donald Trump at the Republican National Convention to speaking on her father's policy plans in interviews and reasonably defending him against critics, Ivanka Trump has been a tremendous asset to her father. Ivanka Trump, who described her father as "color blind and gender neutral" during her RNC speech, was rather successful in softening Donald Trump's image and helping him gain appeal with voting groups that were expected to be of concern from the very start of his candidacy, including middle-class families, millennials and minorities. She was one of the biggest forces rallying up women's support for Donald Trump, telling the Sunday Times of London in July that her "father is a feminist" and that he is "a big reason I am the woman I am today."In "He showed us how to be resilient, how to deal with challenges and how to strive for excellence in all that we do.

With Ivanka Trump, role of first daughter may change

FILE - In this Nov. 7, 2016 file photo, Ivanka Trump speaks beside her father, then-Republican presidential candidate Donald Trump, left, and vice presidential nominee, Indiana Gov. Mike Pence during a campaign rally in Manchester, N.H. Ivanka Trump is poised to give the typically minor role of first daughter a major makeover. After playing an outsize role on the campaign trail for President-elect Donald Trump, the 35-year-old's next moves are being closely watched. She's been attending transition meetings with high profile figures like Japanese prime minister and Kanye West, has started calling congress members about issues she advocated on the campaign trail and recently made a scouting trip to Washington. 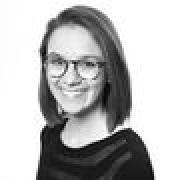 Eric Trump appears to have committed one of the cardinal sins of fast food: Putting a soft drink in a free water cup. The noted map enthusiast was caught with a clear cup of lemonade in his hand at an In-N-Out restaurant after Wednesday's presidential debate. Although Trump's stolen beverage was conveniently absent from his own Instagram photo, the truth emerged when he took a a pic with another customer...who is now an inadvertent whistleblower. For the record, In-N-Out confirmed to BuzzFeed that clear plastic cups are indeed for water only, so Trump was clearly on the wrong side of the law here. But after seeing something as viscerally disturbing as this theft, it's natural to still have a few questions.

President Vladimir Putin has said he believes "TV Trump is different than the real Trump".

From his long, unwieldy press conferences to the nomination of a Supreme Court Justice in prime time, Donald Trump delivers on spectacle. He's an authentic fake, I think he really is. He has taken the role on so much that Donald Trump is always playing Donald Trump. There is conflict, there is humiliation, and there is supreme confidence - dramatic elements pulled straight out of a reality TV playbook that for Trump has been years in the making. The Apprentice, a show fronted and co-produced by Donald Trump, established him as a gospel of success, despite being plagued by bankruptcy and scandal.