The Philippine constitution's 40 percent cap on foreign ownership of domestic telecoms companies has kept interest from multinationals at bay in the market of more than 100 million people. Presidential Communications Secretary Martin Andanar said the state-owned Chinese company should partner with a reputable Philippines company with an existing telecoms franchise.

Facebook contributed a series of open source technologies for its Telecom Infra Project as well as expanded its partner base to include the likes of Accenture, Hewlett Packard Enterprise and Canonical. The company launched its efforts to improve the behind-the-scenes technologies in broadband networks in April. Taking a page from its Open Compute Project, Facebook plans to outline technologies, leverage the open source community and partner heavily to influence infrastructure and network design. Should Facebook succeed it will put more open source tools in telecom networks to better support scale, broadband in remote regions and applications such as virtual reality. Providers will get more open architectures and hardware designs that combine routers, switches and compute.

SK Telecom, South Korea's largest mobile carrier, and the United States' biggest telco Verizon will work together to develop 5G technical specifications, the companies have announced. Verizon and SK Telecom will also conduct joint studies to identify 5G use cases and applications, they added. Earlier in February, the two telecommunications carriers, together with Korean telco KT and its Japanese counterpart NTT Docomo, formed an alliance called the 5G Open Trial Specification Alliance, to set the testing standard for the next-generation network technology. Verizon and SK Telecom will also further cooperate in the Open Computer Project (OCP), which is focused on redesigning hardware tech to better support computing infrastructure, and Mobile Central Office Rearchitected as a Datacenter (M-CORD). Earlier in June, SK Telecom and Ericsson demonstrated programmable 5G infrastructure at the former's lab in South Korea.

MILAN (Reuters) - Activist fund Elliott's acquisition of a stake in Telecom Italia (TIM) is not a cause of concern for the phone group and its main shareholder Vivendi, the TIM Chairman and Vivendi CEO said on Thursday in a newspaper interview. 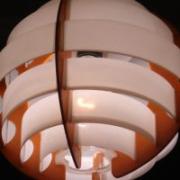 As some of you know, I wrote about microwave and millimeter wave carriers back in the mid-'00s. Carriers that used largely the same network that will be used for 5G. I've followed new technology rollouts, wrote early reports about the competitive local exchange carrier (CLEC) and fiber-to-the-home (FTTH) markets, and penned research about the expansion of cable television and its evolution into "triple-play" triple-threats. It is with the same level of interest that I've been following 5G, with a report about the industry being one of a few possible next-steps for me. So I thought I'd get some high-level thoughts out there.