Tokyo Electric on Friday said it had spotted fuel debris in reactor 2 at the Fukushima No. 1 plant that shows its fuel assembly likely dropped through the containment vessel. 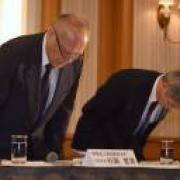 FUKUSHIMA – Call it an extreme makeover: In Fukushima, officials are attempting what might seem impossible, an image overhaul of the site of the worst nuclear meltdown in decades. At the Fukushima No. 1 nuclear plant, there's a flashy new administrative building, debris has been moved and covered, and Tokyo Electric Power Company Holdings Inc. officials tout the "light" radioactive security measures now possible. "You see people moving around on foot, just in their uniforms. Before that was banned," says an official from Tepco, the operator of the plant. "These cherry blossoms bloom in the spring," he adds, gesturing to nearby foliage.

Cost of decommissioning Fukushima No. 1 to reach hundreds of billions of yen a year

The cost of scrapping the damaged Fukushima No. 1 nuclear power plant is set to rise to hundreds of billions of yen annually from the previously projected 80 billion a year, according to a new government projection disclosed Tuesday. Under the projection by the Ministry of Economy, Trade and Industry, and based on the estimated 30-year time frame to complete the decommissioning, the total cost will likely exceed the 2 trillion initially forecast by Tokyo Electric Power Company Holdings Inc. The plant was ravaged by the March 2011 Great East Japan Earthquake and tsunami and three of its reactors subsequently suffered meltdowns. METI presented the estimate at a meeting of a panel of experts set to discuss reforming Tepco's management and helping finance the decommissioning work. The ministry also presented the panel with a plan to spin off Tepco's nuclear power business, aiming to cover the decommissioning cost through aligning with other utilities. 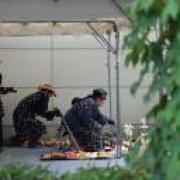 The operator of the crippled Fukushima No. 1 nuclear plant is planning to survey melted fuel debris at the No. 2 reactor by the end of March -- using a special device -- in an operation it hopes will help it determine the best method for its removal, sources said Wednesday. It will be the first survey by Tokyo Electric Power Company Holdings Inc. involving direct contact with the debris at the Nos. 1 to 3 units, which suffered core meltdowns triggered by the March 2011 earthquake and tsunami. Tepco is considering extracting debris -- the most difficult part of the decommissioning process -- first from the No. 2 unit. Gravel-like fuel material was confirmed at the bottom of its containment vessel in a January survey using a telescopic arm. The utility aims to collect information in the survey to help determine how to extract the debris and develop a container in which to keep it.