AI, Automation and the US Economy

"Accelerating artificial intelligence (AI) capabilities will enable automation of some tasks that have long required human labor," notes the White House report in its opening paragraph. "These transformations will open up new opportunities for individuals, the economy, and society, but they have the potential to disrupt the current livelihoods of millions of Americans. Whether AI leads to unemployment and increases in inequality over the long-run depends not only on the technology itself but also on the institutions and policies that are in place." How strongly will AI disrupt the US workforce? Is this time different from past technological disruptions?

Artificial intelligence should be welcomed for its potential economic benefits, according to a new White House report on AI and the economy, but "aggressive" public policy must be implemented to ensure everyone benefits from its development. While this new platform could potentially lead to new growth opportunities in the US, higher wages and more leisure time for people, there are obvious negative impacts on the horizon: "Job displacement is likely to be one of the most serious negative consequences of AI-driven automation, impacting entire industries and communities," the report says. Anywhere from 9 percent to 47 percent of jobs could be threatened over the next decade or two due to the rise of AI, the report says, citing outside research. Looking at driving-related jobs as a case study, the White House's Council of Economic Advisers (CEA) estimates that somewhere between 2,196,940 and 3,089,990 jobs (out of 3,723,930 jobs, as of May 2015) will be threatened. Still, the report says, "Technology is not destiny; economic incentives and public policy can play a significant role in shaping the direction and effects of technological change." 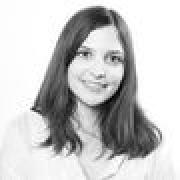 These transformations will open up new opportunities for individuals, the economy, and society, but they have the potential to disrupt the current livelihoods of millions of Americans. Whether AI leads to unemployment and increases in inequality over the long-run depends not only on the technology itself but also on the institutions and policies that are in place. This report examines the expected impact of AI-driven automation on the economy, and describes broad strategies that could increase the benefits of AI and mitigate its costs. Economics of AI-Driven Automation Technological progress is the main driver of growth of GDP per capita, allowing output to increase faster than labor and capital. One of the main ways that technology increases productivity is by decreasing the number of labor hours needed to create a unit of output.

The White House has issued a sequel to its October report on how the U.S. should approach artificial intelligence and its effects on various groups and institutions. Today's report focuses on the potential economic effects of AI, and while it's far from a dark outlook, it does warn that with improper handling, automation could drive further inequality in this already deeply divided country. "You look at the last couple decades, we have seen an increase in inequality," said Jason Furman, Chairman of the Council of Economic Advisers, on a press call discussing the paper. "In part that increase has been because of a technological fact: that technological innovation, more recently, has helped complement people with higher skills. So we now have a few decades of experience with technology helping to contribute to inequality."