President Vladimir Putin has ordered a special commission to investigate what caused the AN-148 plane operated by Saratov Airlines to crash outside Moscow shortly after taking off for the city of Orsk in the Orenburg region, about 900 miles (1,500 km) southeast of the capital. 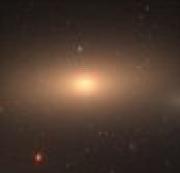 A motorist's dashcam has captured the incredible moment a powerful'fireball' asteroid exploded above Russia. The space rock was speeding at more than 32,000 miles per hour (52,000kph) when it fizzed over Earth, triggering a blinding flash across the early morning sky. The four-metre-wide (13ft) object slipped past Nasa's asteroid warning systems and was first spotted by sensors designed to catch nuclear explosions after it struck the planet's atmosphere with a force of three kilotons. Nasa warned last week of a vulnerability in its detection equipment that stops the space agency from picking out potentially deadly objects approaching from Earth's'day side' until it is too late. The flash caused by the explosion on June 21 was so bright it could be seen in broad daylight over several cities – including Lipetsk, which is southeast of Moscow.

Sanders praises Fidel Castro; reaction and analysis on'The Five.' The Soviet Union saw then-Burlington Mayor Bernie Sanders' push for closer ties between the U.S. and Moscow as part of a propaganda opportunity to "reveal American imperialism as the main source of the danger of war," according to a new report. The New York Times, having examined Soviet documents from the 1980s, reports that Sanders' efforts to establish ties between Burlington, Vt., and the city of Yaroslavl, Russia, were one of a number of "sister-city" efforts viewed by the Soviets as ways to shift American opinion during the latter days of the Cold War. "One of the most useful channels, in practice, for actively carrying out information-propaganda efforts has proved to be sister-city contact," a Soviet Foreign Ministry document provided to Yaroslavl officials said. The Times notes that nothing in the records suggests that Sanders was receptive to propaganda outreach, nor was he the only American targeted.

Partial marks if you said an eagle, a radio frequency jammer, or another drone. But no, the real answer is "Russian historical re-enactors armed with a spear", as this video from Russia's Rusborg gathering earlier this month reveals. Unlike the high-tech method of drones armed with nets designed to down other drones, hitting a small quadcopter with a spear isn't the safest way to take down an annoying interloper. Not only do you risk spearing someone if you miss, but the drone itself probably won't come out of it in the best shape: the drone's operators, UAV photographers from Lipetsk, say it's now heading off to Moscow for repairs. On top of that, there' are not many circumstances when wandering around with a spear is a good idea.