A Thai appeals court has vindicated a British labour rights activist entangled in a years-long legal confrontation with a fruit-packing company after he publicised alleged human rights violations at its factory. The legal victory for Andy Hall on Thursday was welcomed by UK-based rights group Amnesty International but is not necessarily the end of protracted court battles that forced him to leave Thailand in 2016. On Twitter, Hall said he had previously lost hope of justice but now a "flame was reignited in my heart". "There is still the possibility that today's verdict could lead in some way to peace and reconciliation," he said. A criminal defamation and other cases against Hall stemmed from a 2013 report he researched for Finnish consumer organisation Finnwatch that alleged labour abuses at Natural Fruit's pineapple canning operation.

Amnesty International has accused Tunisia's security forces of committing human rights abuses, including torture, harassment and unwarranted arrests, as they attempt to tighten security following several deadly attacks. In a report published on Monday, the UK-based rights group said a rise in "brutal tactics" used by the security forces undermined democratic reforms in a country that was the birthplace of the Arab Spring. The study details 23 cases of torture and other ill-treatment by police, the National Guard and counter-terrorism brigades since January 2015. It alleges that security forces have imposed abusive emergency measures which are often enforced based on appearance, religion and previous criminal convictions. Victims recounted to Amnesty stories of torture, being "brutally beaten with sticks and rubber hoses, placed in stress positions such as the'roast chicken' position or forced to stand for prolonged periods, subjected to electric shocks, deprived of sleep or had cold water poured on them".

Fifty years into the occupation, Israel controls the Gaza Strip and the West Bank through repression, institutionalised discrimination, and systematic abuses, US-based Human Rights Watch (HRW) has said. The rights group said on Sunday that Israeli violations included unlawful killings, forced displacement, abusive detention, unjustified restrictions on movement, and continued development of illegal settlements, along with accompanying discriminatory policies against Palestinians. HRW said that many of Israel's abusive practices were carried out in the name of security, adding that Palestinian armed groups have carried out scores of lethal attacks on Israelis, also in violation of international humanitarian law. RELATED: Israeli forces shoot Palestinian teen during'attack' "Whether it's a child imprisoned by a military court or shot unjustifiably, or a house demolished for lack of an elusive permit, or checkpoints where only settlers are allowed to pass, few Palestinians have escaped serious rights abuses during this 50-year occupation," Sarah Leah Whitson, Middle East director at HRW, said. "Israel today maintains an entrenched system of institutionalised discrimination against Palestinians in the occupied territory - repression that extends far beyond any security rationale."

A government panel agreed Thursday that victims of cyberbullying should have the right to ask website and social media operators and internet service providers to disclose names and phone numbers of those who have made defamatory posts. But while the communications ministry panel also called for discussing how to ease conditions on the release of information leading to the identification of anonymous users posting defamatory comments, some members expressed concern that doing so could infringe on their freedom of expression. The government has been seeking to bolster measures to counter online abuse, particularly after the death last month of a cast member of the popular Netflix reality show "Terrace House" who was subjected to a barrage of hateful messages on social media. Under the current law, people in general must go through multiple court proceedings before they can identify individuals who make hateful posts against them, and many give up. To simplify the process, the ministry set up the panel in April to discuss changes. 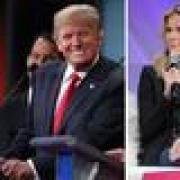 The U.S. State Department said Wednesday that forced labor on Thai fishing vessels has continued in the past year despite legal reforms and arrests following an Associated Press investigation into the country's seafood industry. The department made the assessment in its annual global review of human rights practices, released in Washington by Secretary of State John Kerry. The report covers the 2015 calendar year. The report finds that the Thai government has reaffirmed its "zero tolerance" policy for human trafficking and updated many laws that enhance regulatory powers and increase punishment for violations. An amended anti-trafficking law provides protection to whistleblowers and gives authorities the power to halt operations temporarily or suspend licenses of businesses and vehicles involved in human trafficking.