Hundreds of Utility Crews in Maine as Power Outages Continue

Hundreds of out-of-state utility crews are in Maine to help the state recover from a strong storm that pounded the Northeast and left about 1.5 million homes and businesses without power.

The first message transmitted through Samuel Morse's newly-inaugurated telegraph line asked, "What hath God wrought?" Sent from Washington, D.C. to Baltimore, Maryland through a system of wires suspended above homes and trees on wooden poles, the 1844 dispatch was oddly fitting. Suspended telegraph wires were soon supplanted by Alexander Graham Bell's telephone wires and supplemented by electricity wires connecting citizens to the growing grid. But they were not a universally popular choice. At first, people complained utility poles, as they would come to be called, were unreasonably ugly. Today, people claim they're unreasonably risky.

Prep Your Tech for Power Outages and Other Emergencies

As an inferno sweeps the West and hurricanes spin over the Atlantic, power outages pose a big risk for those living in affected areas. Recently, in California, the utility PG&E pre-emptively shut off power to prevent the spread of wildfire, leaving hundreds of thousands of customers in the dark. No matter where you live, it's good to prepare for a blackout before it's too late. Hopefully you've already got a flashlight, hand-crank radio, first-aid supplies and a store of drinking water and shelf-stable food on-hand.

Puerto Rico utility reports power back on across island, 11 months after hurricane knockout 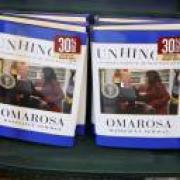 SAN JUAN – Power has been restored to all of Puerto Rico for the first time since Hurricane Maria struck nearly 11 months ago, officials said Tuesday. The island's electric utility announced that crews working in the southern city of Ponce reconnected the last neighborhood that had been offline since the Sept. 20 storm knocked out the U.S. territory's power grid. Power company spokesman Gerardo Quinones said that some individual homes could still be without power because of repairs residents need to make and that the island of Vieques continues to rely on generators. The island-wide outage was the longest continuous blackout in U.S. history. Repair crews are still working to make upgrades and outages are regular occurrences.

Up to 3.3 million homes in California were expected to lose power Monday as part of rolling blackouts to ease pressure on the state's electric grid as a dayslong heat wave engulfing the West Coast creates an energy shortage, according to the operator of the grid. The California Independent System Operator says it would likely order utility companies to turn off power starting around 4 p.m. as demand for electricity to cool homes soars during the hottest part of the day beyond the power available in the grid. California ISO CEO and President Steve Berberich said the state is short about 4,400 megawatts, which equates to about 3.3 million homes, and those affected can expect to lose power for about two hours. He didn't say where the outages might occur, which are up to the state's utilities. The grid operator ordered the first rolling blackouts in nearly 20 years Friday as unusually hot weather overwhelmed the state's electrical grid.