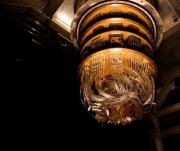 Scientists claimed Wednesday to have achieved a near-mythical state of computing in which a new generation of machine vastly outperforms the world's fastest super-computer, known as "quantum supremacy". A team of experts working on Google's Sycamore machine said their quantum system had executed a calculation in 200 seconds that would have taken a classic computer 10,000 years to complete. A rival team at IBM has already expressed scepticism about their claim. But if verified and harnessed, the Google device could make even the world's most powerful supercomputers--capable of performing thousands of trillions of calculations per second--look like an early 2000s flip-phone. Regular computers, even the fastest, function in binary fashion: they carry out tasks using tiny fragments of data known as bits that are only ever either 1 or 0. But fragments of data on a quantum computer, known as qubits, can be both 1 and 0 at the same time.

In simple words, Quantum computing is based on the principles of quantum mechanics to create an efficient computation system that far exceeds what supercomputers are capable of today. Quantum mechanics are a branch in the study of physics which deals with physical properties at the scale of atoms and subatomic particles. The history of Quantum computing dates back to 1981 where the basics of the theory was formed over a three day discussion at the MIT Conference Center in Boston. The meeting was sponsored by IBM and MIT. Okay but how is this different from what computers can do today?

We've got another quantum computing milestone to report, with researchers in China unveiling a super-advanced 66-qubit quantum supercomputer called Zuchongzhi, which by one important metric is the most powerful machine of its kind we've seen to date. The performance of Zuchongzhi is undoubtedly impressive: it finished a designated quantum benchmark task in around 70 minutes, and its creators claim the world's most powerful'classical' (non-quantum) supercomputer to date would need around eight years to get through the same set of calculations. That means Zuchongzhi can claim quantum supremacy, a status in quantum computing that indicates a machine can complete tasks beyond the best classical computers. It's a bar that's been reached before, but very rarely. "Our work establishes an unambiguous quantum computational advantage that is infeasible for classical computation in a reasonable amount of time," the researchers explain in a preprint paper describing the experiment.

What is the quantum apocalypse?

Experts have been warning of something called the "quantum apocalypse" – the point when quantum computers become a reality and render most methods of internet encryption useless. Boris Johnson promised in November that the UK would "go big" on quantum computing – a new and more powerful way of processing information, based on quantum physics. If you imagine a standard computer to be like a horse and cart, then a quantum computer is "more like a sports car – a huge leap forward", explained the BBC. The UK is aiming to secure 50% of the global quantum computing market by 2040, said The Guardian, by investing in the National Quantum Computing Centre in Harwell, Oxfordshire. But the US and China have already taken huge steps to revolutionise research in the field, with the Americans achieving a "dramatic lead in quantum computing patents", said Scientific American. A leaked Google research paper published in 2019 suggested that a computer designed by the tech giant had achieved "quantum supremacy" – defined by The Independent as the ability to perform "a calculation that was far beyond the reach of today's most powerful supercomputers".