"American Sonnet for the New Year," by Terrance Hayes 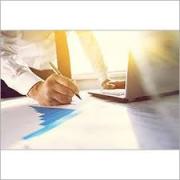 NHK, Japan Broadcasting, featured @ThingsExpo Silicon Valley in a special'Internet of Things' and smart technology documentary that was filmed on the expo floor between November 3 to 5, 2015, in Santa Clara. NHK is the sole public TV network in Japan, equivalent to the BBC in the UK, and the largest in Asia with many award-winning science and technology programs. NHK World, Japanese TV Network produced a comprehensive documentary about IoT and Smart technology during @ThingsExpo Silicon Valley, November 3-5, 2015. The program aired on January 1, 2016 to global audiences during the peak viewership season of the year, and created a major impact on Cloud, Big Data and the Internet of Things industries in Japan and Asia. The documentary focused on the latest technologies which was discussed by the conference faculty and showcased on the @ThingsExpo exhibit floor.

Want to learn more about our internet of things dynamic report?