A new type of weapon capable of making a'rapid hit' on an enemy from anywhere in the world could be loaded on to a US Navy stealth destroyer. The Conventional Prompt Strike system (CPS), which has not yet been field tested, is designed to hit anywhere within an hour and could be loaded onto the USS Zumwalt. The Zumwalt is a new class of guided missile destroyer and her captain, Kevin Smith, told Fox News she would be the perfect platform for the upcoming weapon system. The missile is able to fly five times the speed of sound by using rocket boosters to get into space and then'leaping' over the upper atmosphere to fix on its target. The missiles will carry conventional warheads and will have the same speed and range as a nuclear ICBM, Fox News reports.

AC-130 Gun ship set for laser upgrade within a year

The Pentagon is building drones mounted with lasers that can destroy enemy missiles before they have left the launch pad. 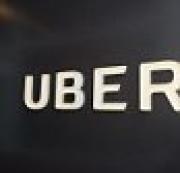 An amazing new video shows stealth missiles used to destroy Assad's chemical weapons plants in Syria obliterating targets during training exercises. The clip reveals the impressive accuracy of the'bunker-busting' JASSM-ER missile as it destroys targets with near pin-point precision. The JASSM-ER missile is a new type of long-range weapon used in combat for the first time by the US military during recent precision strikes on the city of Barzah. An infrared imaging system allows it to hit targets with incredible precision, accurate to within as little as 10 feet (three metres), it is reported. Designed by Lockheed Martin, the precision-guided missiles use an anti-jam GPS navigation system to fly on their pre-determined route.