WeWork Cos, a co-working space startup backed by SoftBank Group Corp., is making its first foray into Japan with 10 to 20 locations in central Tokyo, a source said. Mitsubishi Estate Co. and several other building owners are in discussions with the New York-based company, according to the source, who asked not to be identified because the information isn't yet public. WeWork is looking to open offices in prime areas including Roppongi, Marunouchi and Shibuya, the source said. WeWork, valued at more than $17 billion, rents out desks and offices to startups, freelancers and other people seeking temporary working space. WeWork, which aims to offer stylish workspaces that foster collaboration, has also attracted larger corporate clients and is now in more than 50 cities across the globe.

On the Gist, today on Remembrances of Things Trump, we look back on Trump's 2017 visit to the annual Boy Scout Jamboree. Weideman explains the internal drama inside Neumann's fast-scaling, overly hyped WeWork, an office space leasing company billed as an in-person social network, as well as the lessons entrepreneurs can learn from disruptors attempting to grow quickly and remain profitable.

Inside the offices of New York's biggest startups

As you step out of the elevator on the fourth floor of an otherwise ordinary looking industrial office building in Manhattan's tony Chelsea neighborhood, you may think you've stumbled across a secret Starbucks location known only to the cool kids. Dozens of young faces are lit up by laptops, sitting in small clusters around cafe tables. In the background, an inspirational banner reads, "Can I kick it? Bloody Mary drinks are lined up in rows further down the counter, waiting for the Friday morning rush. Welcome to the New York headquarters for WeWork, a startup that has rocketed to a reported 16 billion valuation by designing fun and flexible coworking spaces for other startups.

WeWork's startup party ends with some 2,000 jobs on the chopping block 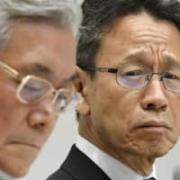 SAN FRANCISCO/NEW YORK – Startup workers often worry that going public means the fun is about to end -- quarterly financial reports, disciplined spending, cheaper coffee. At WeWork, not going public may have brought a worse fate. Just three days after withdrawing its registration for an initial public offering, WeWork informed staff of far-reaching job cuts to come by the end of the month, according to sources who attended the meeting. Three top executives delivered the news from a room at WeWork's New York headquarters Thursday afternoon. Although the executives didn't specify how many jobs were on the line, people familiar with the discussions have pegged the amount at about 2,000, representing some 16 percent of the global workforce.

Tim Ferriss made his name on productivity: how to get the most out of your workday, and your life, in just four hours. The Silicon Valley investor--in startups like Uber and TaskRabbit--moved to become a hyper-productivity guru with his books The 4-Hour Workweek, The 4-Hour Body and The 4-Hour Chef. Now, Ferriss is partnering with co-working chain WeWork on their new Creator Awards, which will give out $20 million to startups who compete. He answered a few questions from Mashable about why WeWork is his next project, and how to be productive there. I've long been a fan of WeWork's mission to help people make a life, not just a living.