The operator of the tsunami-wrecked Fukushima nuclear plant began removing fuel Monday from a cooling pool at one of three reactors that melted down in the 2011 disaster, a milestone in what will be a decades-long process to decommission the facility. Tokyo Electric Power Co. said workers started removing the first of 566 used and unused fuel units stored in the pool at Unit 3. The fuel units in the pool located high up in reactor buildings are intact despite the disaster, but the pools are not enclosed, so removing the units to safer ground is crucial to avoid disaster in case of another major earthquake similar to the one that caused the 2011 tsunami. TEPCO says the removal at Unit 3 will take two years, followed by the two other reactors, where about 1,000 fuel units remain in the storage pools. Removing fuel units from the cooling pools comes ahead of the real challenge of removing melted fuel from inside the reactors, but details of how that might be done are still largely unknown. Removing the fuel in the cooling pools was delayed more than four years by mishaps, high radiation and radioactive debris from an explosion that occurred at the time of the reactor meltdowns, underscoring the difficulties that remain.

Workers at the wrecked Fukushima Daiichi nuclear power plant have begun removing fuel rods from a storage pool near one of the three reactors that suffered meltdowns eight years ago. The plant's operator, Tokyo Electric Power (Tepco) said on Monday that work had begun to remove the first of 566 used and unused fuel assemblies in reactor building No 3. The measure marks a milestone in efforts to decommission the plant, although the more critical removal of melted fuel from inside three damaged reactors will prove far more difficult. The fuel rods stored in unit No 3's cooling pool were not damaged in the 2011 disaster, when a powerful earthquake and tsunami knocked out Fukushima Daiichi's backup power supply and triggered the world's worst nuclear accident since Chernobyl, 25 years earlier. Tepco said the operation to remove the fuel rods, which are in uncovered pools, would take two years, adding that transferring them to safer ground would better protect them in the event of another catastrophic earthquake. 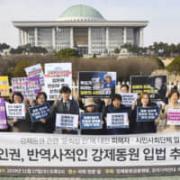 The economy and industry ministry on Monday proposed a revision to its decades-long road map to clean up the radioactive mess at the Fukushima No. 1 nuclear power plant, which was wrecked by a massive earthquake and tsunami in 2011. Nearly nine years after the accident, the decommissioning of the plant, where three reactors melted, remains largely an uncertainty. The revised road map, to be formally approved later this month, lacks details on how the complex should look at the end but maintains a 30- to 40-year target to finish. Here is a look at some of the challenges in decommissioning the Fukushima No. 1 plant: By far the toughest challenge is removing the 800 tons of nuclear fuel in the three reactors that melted, fell from the cores and hardened at the bottom of their primary containment vessels. Over the past two years, plant operator Tokyo Electric Power Company Holdings Inc., known as Tepco, has made progress in gathering details mainly from two of the three reactors.

The radiation level in the containment vessel of reactor 2 at the crippledFukushima No. 1 power plant has reached a maximum of 530 sieverts per hour, the highest since the triple core meltdown in March 2011, oTokyo Electric Power Co. Holdings Inc. said Thursday. The reading means a person could die from even brief exposure, highlighting the difficulties ahead as the government and Tepco grope their way toward dismantling all three reactors that suffered core meltdowns in the March 2011 disaster. Tepco also announced that, based on image analysis, it has discovered a 2-meter hole in the metal grating beneath the pressure vessel inside reactor 2's containment vessel, and discovered a portion of it is warped. The hole could have been caused by melted fuel penetrating the vessel after the March 11, 2011 mega-quake and massive tsunami triggered a station blackout that crippled the plant's ability to keep the reactors cool. The new radiation level, described by some experts as "unimaginable," far exceeds 73 sieverts per hour, the previously highest radiation reading monitored in the interior of the reactor.