Cows have stomachs with four compartments and the bacteria in one of them – the rumen – produce enzymes which can break down some widely used plastics. The discovery could lead to new technology for processing such materials after use. Georg Guebitz at the University of Natural Resources and Life Sciences in Austria and his colleagues visited a local slaughterhouse and collected samples of the liquid from the rumen of a young ox fed on alpine pastures. They found that the liquid contained many types of enzymes, including cutinases. The team demonstrated that these enzymes could break down three types of widely used polyesters – namely polyethylene terephthalate (PET), polybutylene adipate terephthalate (PBAT) and polyethylene furanoate (PEF), which are often used to make products including bottles, textiles and bags.

Most 'compostable' plastics are anything but. Enter polymer-eating enzymes. 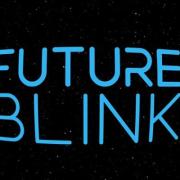 Researchers at the University of Berkeley have created plastics that degrade within weeks – all it takes is heat and water. The technology works by adding polymer-eating enzymes to the plastics, which then lump together and break down the plastics' molecular chains.

There are research teams around the world dedicated to finding a remedy for the growing plastic pollution crisis, but now it seems that one group of scientists have found a feasible answer -- and they stumbled upon it by accident. Researchers studying a newly-discovered bacterium found that with a few tweaks, the bug can be turned into a mutant enzyme that starts eating plastic in a matter of days, compared to the centuries it takes for plastic to break down in the ocean. The surprise discovery was made when scientists began investigating the structure of a bacterium found in a waste dump in Japan. The bug produced an enzyme, which the team studied using the Diamond Light Source, an intense beam of X-rays 10 billion times brighter than the sun. At first, the enzyme looked similar to one evolved by many kinds of bacteria to break down cutin, a natural polymer used by plants as a protective layer.

Scientists have improved a naturally occurring enzyme which can digest some of our most commonly polluting plastics. PET, the strong plastic commonly used in bottles, takes hundreds of years to break down in the environment. The modified enzyme, known as PETase, can start breaking down the same material in just a few days. This could revolutionise the recycling process, allowing plastics to be re-used more effectively. UK consumers use around 13 billion plastic drinks bottles a year but more than three billion are not recycled.

Plastic bottles brought in for recycling are seen at a recycling center in Sacramento, Calif. Some rare good news in the fight against plastic pollution: Scientists working with a plastic-eating microbe discovered in Japan two years ago accidentally created a mutant enzyme that sounds like an environmentalist's dream, the Guardian reports. The enzyme breaks down the PET--polyethylene terephthalate--used in plastic bottles even more efficiently than the original microbe, which had evolved to eat the waste it encountered around an Osaka recycling plant. Researchers, who inadvertently improved the enzyme while investigating how it evolved, say the tweaks enable it to begin digesting plastic more quickly. It now takes just a few days to start breaking down plastic, and researchers say more tweaks could make the process super-fast, reducing both plastic waste and the need to create more plastic.