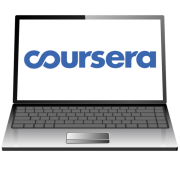 This course provides an introduction to basic computational methods for understanding what nervous systems do and for determining how they function. We will explore the computational principles governing various aspects of vision, sensory-motor control, learning, and memory. Specific topics that will be covered include representation of information by spiking neurons, processing of information in neural networks, and algorithms for adaptation and learning. We will make use of Matlab/Octave/Python demonstrations and exercises to gain a deeper understanding of concepts and methods introduced in the course. The course is primarily aimed at third- or fourth-year undergraduates and beginning graduate students, as well as professionals and distance learners interested in learning how the brain processes information. 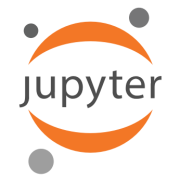 Recitations from Tel-Aviv University introductory course to computer science, assembled as IPython notebooks by Yoav Ram. Exploratory Computing with Python, a set of 15 Notebooks that cover exploratory computing, data analysis, and visualization. No prior programming knowledge required. Each Notebook includes a number of exercises (with answers) that should take less than 4 hours to complete. Developed by Mark Bakker for undergraduate engineering students at the Delft University of Technology. 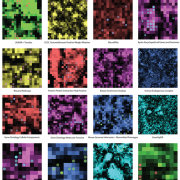 About this course: The Library of Integrative Network-based Cellular Signatures (LINCS) is an NIH Common Fund program. The idea is to perturb different types of human cells with many different types of perturbations such as: drugs and other small molecules; genetic manipulations such as knockdown or overexpression of single genes; manipulation of the extracellular microenvironment conditions, for example, growing cells on different surfaces, and more. These perturbations are applied to various types of human cells including induced pluripotent stem cells from patients, differentiated into various lineages such as neurons or cardiomyocytes. Then, to better understand the molecular networks that are affected by these perturbations, changes in level of many different variables are measured including: mRNAs, proteins, and metabolites, as well as cellular phenotypic changes such as changes in cell morphology. The BD2K-LINCS Data Coordination and Integration Center (DCIC) is commissioned to organize, analyze, visualize and integrate this data with other publicly available relevant resources.

Get your team access to Udemy's top 2,000 courses anytime, anywhere.