'Swatting' suspect was linked to many other hoax calls in L.A. and elsewhere before Kansas tragedy 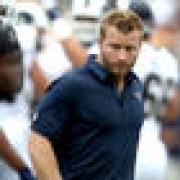 In some corners of the online gaming world, Tyler Rai Barriss was a notorious figure.

They met playing Call of Duty online. Then their cross-country feud became a 'swatting' hoax

SWATing, a cybercrime, is intended to get innocent people arrested or injured by the police. WILMINGTON, Del. -- A cross-country feud between two men arguing on a telephone party line escalated to a "swatting" hoax that in 2018 locked down a Georgetown elementary school and evacuated a nearby Walmart. An increasingly common and dangerous hoax, swatting is characterized by making fake emergency calls to prompt an armed police response (e.g., from a SWAT team) to harass an online or phone adversary. Months worth of federal court documents tell the story of both a New Mexico man's arrest for making bomb threats in Delaware and the indictment of 29-year-old Rodney Phipps of Georgetown Tuesday. Phipps has placed swatting calls from Delaware to police departments and emergency dispatch centers across the country, including Harrison, New Jersey; Opelousas, Louisiana; Russel County, Kentucky; Pasco County, Florida; and Forsyth County, Georgia, according to David C. Weiss, United States Attorney for the District of Delaware. 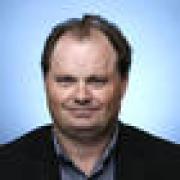 A Los Angeles man accused of making a hoax phone call that caused a fatal police shooting in Kansas is now wanted in Canada for a similar alleged "swatting" call made a week before.

Anti-Semitism On The Rise? Bomb Threats Against Jewish Community Use ID-Spoofing, Voice-Masking Technologies

Federal investigators looking into the recent wave of bomb threats against Jewish community centers and schools believe the calls to be coordinated and conducted using "spoofing" and voice-masking technology, according to a report from BuzzFeed. The report cites Paul Goldenberg national director for Secure Community Network, a homeland security initiative formed by a number of Jewish organizations, who claim the investigation is particularly challenging because of the use of technology that has made it difficult to track the origins of the calls. Often times the bomb threats often appear to come from a familiar number or a known source. This has led investigators to believe the callers are using "spoofing" tactics, which allow a caller to disguise their number. This is a relatively common practice for tricking caller ID, and there are a number of apps and services that simplify the process for the caller.

TORONTO – More than 19,000 students on the small Canadian province of Prince Edward Island were evacuated Wednesday after police received a threat that bombs were placed at a number of schools. Police said nothing suspicious was found after officers searched all of the schools in the province. Kevin Baillie said the Prince Edward Island threat came via fax Wednesday morning, and that schools on the normally sleepy island were notified within 10 minutes. "There's been no threat found. Everybody is safe," he told reporters.