Machine Learning Chips Market is a valuable source of insightful data for business strategists. It provides the industry overview with growth analysis and historical & futuristic cost, revenue, demand and supply data (as applicable). The research analysts provide an elaborate description of the value chain and its distributor analysis. This Market study provides comprehensive data which enhances the understanding, scope and application of this report. The report presents the market competitive landscape and a corresponding detailed analysis of the major vendor/ Machine Learning Chips Market players in the market.

Neuromorphic Chip Market to Surpass US $10 Billion by 2026 - DATAVERSITY 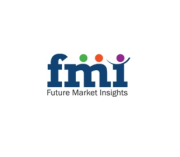 GlobalFoundries will open a new factory to make cheap wireless chips in Chengdu, China, next year. The chipmaker, once part of microprocessor designer AMD, also plans to expand production at existing fabrication plants in the U.S., Germany, and Singapore, it said Friday. It makes chips for AMD, IBM, Qualcomm, and Mediatek, among others. Beginning next year, the new fab in China, a joint venture with the municipality of Chengdu, will produce chips on 300-millimeter wafers using standard manufacturing techniques, the company said. Sometime in 2019, it will switch to a different manufacturing process, FD-SOI (fully depleted silicon on insulator), which GlobalFoundries calls 22FDX.

A new research study has been presented by credible markets offering a comprehensive analysis on the Global Artificial Intelligence (AI) Chips Market where user can benefit from the complete Market research report with all the required useful information about this Market. This is a latest report, covering the current COVID-19 impact on the Market. The pandemic of Coronavirus (COVID-19) has affected every aspect of life globally. This has brought along several changes in Market conditions. The rapidly changing Market scenario and initial and future assessment of the impact is covered in the report.