Nvidia has been a leader in producing the technology behind high-quality graphics for years, but the company is now betting on a different future. With the rapid advances in self-driving vehicles, warehouse robots, diagnostic assistants, and speech and facial recognition, there's plenty of reasons for companies to be excited about deep-learning-based artificial intelligence (AI). Nvidia is one such technology firm that is extremely bullish in this space. In a recent conversation with CXOtoday, Vishal Dhupar, Managing Director-South Asia, Nvidia said that the company is moving ahead with its AI-focused hardware, software, and solutions for the enterprise. As such data scientists in both industry and academia have been using graphics processing units (GPUs) for machine learning to make groundbreaking innovations across a variety of applications including image classification, video analytics, speech recognition and natural language processing or NLP.

Will Nvidia's huge bet on artificial-intelligence chips pay off?

"WE'RE ALWAYS 30 days away from going out of business," is a mantra of Jen-Hsun Huang, co-founder of Nvidia, a semiconductor company. That may be a little hyperbolic coming from the boss of a company whose market value has increased from $31bn to $486bn in five years and which has eclipsed Intel, once the world's mightiest chipmaker, by selling high-performance chips for gaming and artificial intelligence (AI). As Mr Huang observes, Nvidia is surrounded by "giant companies pursuing the same giant opportunity". To borrow a phrase from Intel's co-founder, Andy Grove, in this fast-moving market "only the paranoid survive". Constant vigilance has served Nvidia well.

'Developers should ramp up skills in AI-based solutions' 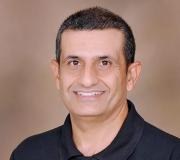 There is a huge paucity of professionals with skills in deep learning, artificial intelligence, big data analytics and virtual reality that will be vital for the computing industry in the next few years, according to Vishal Dhupar, Managing Director, NVIDIA (South Asia), a part of the $7-billion US-based tech company NVIDIA. "Developers in many other countries are already strong in AI. India should not miss this opportunity, and developers should be strong in developing AI-based solutions for the world," he said. India has the second-largest population of developers with nearly 30 per cent of them having knowledge on Python, which is a rule-based programming. However, the next wave of programming based on AI will be in sectors such as automobiles, healthcare and retail, with each presenting an over-$1-trillion opportunity for developers, he added.

Nvidia CEO bets on artificial intelligence as the future of computing

Nvidia became famous for its graphics processing unit chips that power some of the hottest gaming personal computers. Today, Chief Executive Jen-Hsun Huang signaled that he's aiming even higher in a bid to reinvent the data center and cloud computing. The company announced a new chip and a new computers both focused on artificial intelligence, in particular the fast-rising branch called deep learning that attempts to mimic the activity on layers of neurons in the brain. The technology is the basis for recent breakthroughs in speech and image recognition, self-driving cars and other technology-driven products and services. "Our company has gone all-in on deep learning," Huang said at the Apr. 5 opening of its annual GPU Technology Conference in San Jose, where he made the announcements.

Artificial intelligence is one of the hottest technology trends for 2017. And perhaps no company in the AI sector is hotter than NVIDIA, which has pushed from the desktop into the data center, evolving into a major player in high performance computing. NVIDIA's graphics processing (GPU) technology has been one of the biggest beneficiaries of the rise of specialized computing, gaining traction with workloads in supercomputing, artificial intelligence (AI) and connected cars. This trend is expected to accelerate in 2017, with more custom chips being introduced to target these workloads. After building a major beachhead in hyperscale data centers, NVIDIA's ambitions now extend to the enterprise data center.