Japan was still world's biggest investor at end of 2018, trailed by Germany and China 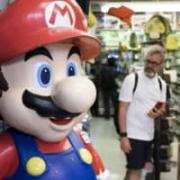 The net balance of external assets held by the Japanese government, companies and individual investors stood at ¥341.56 trillion ($3.11 trillion) at the end of 2018, remaining the world's largest for the 28th consecutive year, the Finance Ministry said Friday. The figure, up 3.7 percent from a year earlier and the second-largest amount on record, reflected increased overseas investment by Japanese companies, according to the ministry. In the reporting year, Germany was second with ¥260.28 trillion, followed by China with ¥236.08 trillion. Among components, direct investment in the United States stood at a record-high ¥55.63 trillion. Direct investment in China was also the largest on record, at ¥13.66 trillion.

Rothschilds back 'robo' that's different from Nutmeg and the rest

Two members of the Rothschild family* have backed a new robo-advice platform that gives ordinary investors more control over where their money goes. The new platform is called Exo Investing and I think it's well worth considering for many investors If you don't know what'robo-advice' means, it refers to digital investment platforms where the investment decisions are taken for you. The best known platforms are probably Nutmeg and Wealthify. With a robo, you start the process by filling in an online questionnaire about your finances, attitudes to risk, and investment goals. Then once you've paid in some cash, the site will invest that cash in a portfolio that's designed to fit with your profile, as ascertained from the questionnaire. Despite a raft of reforms and changing social norms that reined in much of the asset management industry's excesses after the global financial crisis, professional investors working in large institutions are still on a good wicket. It's a great gig if you can get it. But the future of the investment profession as we know it is under threat.

Tesla may recruit an unusual ally in its effort to become a private company and take more control over its fate. A Bloomberg source has claimed that Saudi Arabia's Public Investment Fund is in talks that could make it a "significant investor" in Tesla as part of the electric car company's plan to go private. The funding arm has already amassed a five percent stake in Tesla, but this suggests it would grab a larger slice if the plan went forward. Neither Tesla nor PIF has commented on the rumored talks. Reuters noted on August 11th that the Saudi Arabian fund wasn't actively involved in backing Tesla's potential move, but that didn't rule out talks.

You are currently on the Digital subscription package. BHP Billiton investors should not expect the company to boost returns through mergers or acquisitions. Labor insists it is not anti-business but most of the business community don't see it that way. To the seasoned investor, who focuses on company fundamentals and value, momentum is madness. In a potential game-changer for the local hybrid market, ANZ is launching a US-dollar hybrid.