The US may have had some success in persuading allies to ban Huawei equipment from their 5G networks, but not everyone is convinced there's an existential threat. Financial Times sources claim the UK's National Cyber Security Centre has found that it can limit the risks of using Huawei gear in 5G deployments without banning it entirely. This could include using a variety of suppliers and restricting some parts of 5G networks. You might not hear about these findings for a while. A Digital, Culture, Media and Sport department spokesperson told the FT that the review of 5G security was "ongoing" and that talk of any definitive decisions was "inaccurate."

The UK's decision to allow Huawei gear in its 5G networks may be short-lived. Officials talking to the Financial Times (via The Verge) say the UK government is planning to gradually phase out use of Huawei equipment in 5G networks, eliminating it entirely in 2023. According to the Daily Telegraph, which first broke the story, Prime Minister Boris Johnson always had "serious concerns" about allowing Huawei's involvement, and they've been exacerbated by the pandemic. Huawei's Victor Zhang told the FT that the reports "simply don't make sense" and argued that the UK chose to allow Huawei because it needed the "best possible technologies, more choice, innovation and more suppliers." Such a move would please the current US government, which has insisted that Huawei could serve as a conduit for Chinese surveillance.

Germany may use Huawei hardware for its 5G networks

German officials talking to the Wall Street Journal say the country has made a "preliminary decision" to let Huawei bid on contracts for 5G networking despite US pressure to ban the Chinese company. A cybersecurity agency investigation didn't show evidence that Huawei could steal data through its wireless equipment, the officials said, even though the country had US help. It also couldn't find proof that Huawei had done anything wrong, and conversations with the US and UK over potential security holes were ultimately "inconclusive." Political leaders are expected to discuss the decision on the night of February 19th. There's no guarantee Huawei will receive the greenlight, though.

The Federal Communications Commission on Tuesday formally designated Huawei and ZTE as national security threats, meaning telecoms can no longer use the FCC's Universal Service Fund to purchase equipment or services from the Chinese firms. It's a capital improvement project the size of the entire planet, replacing one wireless architecture created this century with another one that aims to lower energy consumption and maintenance costs. Back in November, the FCC implemented a rule barring any money from the fund from going to suppliers deemed a national security threat. At the time, it recommended the designation be applied to Huawei and ZTE. The USF provides over $8.5 billion a year in subsidies to help telcos provide adequate broadband to rural Americans that currently lack access. 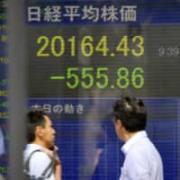 Mobile phone carriers KDDI Corp. and SoftBank Corp. has said that they will sell a new smartphone model made by Chinese telecommunications equipment maker Huawei Technologies Co. The move, announced Monday, ends months of delays in the product's release by major Japanese mobile operators who had cited fears that U.S. sanctions on Huawei would mean its phones are unable to update Google LLC's programs. KDDI said that Huawei has confirmed that its devices will be able to update Google programs, prompting it to decide that there will be no issues with going ahead with the release. The company will sell the new P30 lite Premium phone starting Thursday for ¥32,400, 25 percent lower than initially planned. At a news conference Monday, SoftBank President and Chief Executive Officer Ken Miyauchi said the company also plans to release the new Huawei model.