Social distancing is a new fact of life for most, but not long-ago technical conferences brought experts together. In early February, Underwater Intervention provided a series of presentations on developments in untethered vehicles. A powerful trend was the increasing level of "autonomy" found in the sector. While not all the presentations addressed this theme, several helped clarify the many ways this "buzzword" is advancing the capabilities of untethered marine vehicles. Kongsberg Maritime offered two presentations: "How Autonomous is Your AUV" presented by Richard Mills and "Autonomous Technology for Ocean Exploration," by Arnt Olsen.

Space attracts a lot of attention as an area of frontier tech investment and entrepreneurship, but there's another vast expanse that could actually be more addressable by the innovation economy -- Earth's oceans. Seafaring startups aren't attracting quite as much attention as their spacefaring cousins, but 2019 still saw a flurry of activity in this sector and 2020 could be an even big year for everything aquatic. One big similarity between space tech and seafaring opportunities is that data collection represents a significant percent of the potential market. Data collection in and around Earth's oceans has increased dramatically in recent years thanks to the availability, efficacy and cost of sensor technologies -- in 2017, it was estimated that as much ocean data had been gathered in the past two years as in all of human history. Ocean observation has largely been driven by scientific and research goals, which means there's bound to be a pretty hard cap on available funding.

The man who was attacked by a mountain lion during a run in Colorado earlier this month explained how he suffocated the young cat -- and survived with minimal injuries. Travis Kauffman spoke publicly for the first time on Thursday after the incident, which took place on Feb. 4 at Horsetooth Mountain Open Space in Larimer County. Kauffman, originally from Alabama, said in an interview released by Colorado Parks and Wildlife that he wanted to "go on a pretty long scenic run," and headed out around noon. At some point during his jog, he "heard some pine needles rustle behind" him. Kauffman said he turned his head -- something he doesn't typically do, as he'd expect the rustling to be a rabbit or deer -- and that's when he said he felt his "heart sink." 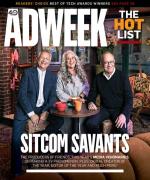 A quarter-century ago, the trio began executive producing Friends, a sitcom chronicling the relationships among six lovably neurotic 20-somethings (played by Jennifer Aniston, Courteney Cox, Lisa Kudrow, Matt LeBlanc, Matthew Perry and David Schwimmer) living in the same New York apartment building. The NBC sitcom became a runaway hit soon after it began airing in 1994, but Kauffman, Crane and Bright were too busy making the show to enjoy its popularity. "When you are doing a show, you don't experience the success of it because you're working and you're just trying to make another good episode," says Kauffman, who along with Crane created and wrote the series. The trio spent the show's 10-season run "just putting our heads down and doing the work," Crane adds. "For us, it was a train that would start moving at the beginning of the season, and we're throwing tracks in front of the train, trying to get to the end."

A doctor from New Jersey, who was accused of hiring a person to kill his wife after she threatened to divorce and expose him for running an illegal prescription opioid drug ring with Pagans motorcycle gang, was charged Tuesday. He was arrested in June 2017.