Sweden's Cashless Experiment: Is It Too Much Too Fast? 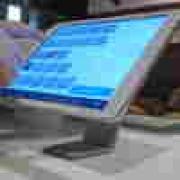 Why Sweden is close to becoming a cashless economy

Sweden is the most cashless society on the planet, with barely 1% of the value of all payments made using coins or notes last year. So how did the Nordic nation get so far ahead of the rest of us? Warm cinnamon buns are stacked next to mounds of freshly-baked sourdough bread at a neighbourhood coffee shop in Kungsholmen, just west of Stockholm city centre. Amongst the other typically Scandinavian touches - minimalist white tiles and exposed filament light bulbs - is another increasingly common sight in the Swedish capital: a "We don't accept cash" sign. "We wanted to minimise the risk of robberies and it's quicker with the customers when they pay by card," says Victoria Nilsson, who manages two of the bakery chain's 16 stores across the city.

Companies are starting to refuse physical cash as payment as the digital revolution makes notes and coins obsolete. Many firms around the world are beginning to shun cash in preference for a future dominated entirely by digital currency. Chain restaurants Sweetgreen and Dig Inn in the US have already stopped accepting cash at nearly all of their locations. The firms have joined many Starbucks and UK pubs in moving on from the paper notes and metal coins in favour of card and contactless payments. Bans on cash in the US have left some customers frustrated and authorities considering the need for legislation requiring companies to force them to accept it.

Cash is dying, contactless is king – we've heard it so many times. Voices in the payment industry and the media are quick to decry the end of cash payments. Talk of the cashless society (Brett Scott, 19 July) is ubiquitous. In their enthusiasm, many forget that a cashless future is far from certain. Your article argues that Washington DC's move to make it illegal not to accept cash will protect the 10% of its citizens who remain unbanked.