Paypal will stop protecting payments made to crowdfunding projects in several countries, the online money transfer platform has announced. Countries affected include Brazil, the US, Canada and Japan but not the UK. The firm is amending its Payment Protection policy in line with the investment risks and could not confirm if it would be rolled out further. It is also withdrawing protection for gambling transactions and payments made to government agencies. "This is consistent with the risks and uncertainties involved in contributing to crowdfunding campaigns, which do not guarantee a return for the investment made in these types of campaigns," the firm said.

Are You Creditworthy? The Algorithm Will Decide.

Money2020, the largest finance tradeshow in the world, takes place each year in the Venetian Hotel in Las Vegas. At a recent gathering, above the din of slot machines on the casino floor downstairs, cryptocurrency startups pitched their latest coin offerings, while on the main stage, PayPal President and CEO Dan Schulman made an impassioned speech to thousands about the globe's working poor and their need for access to banking and credit. The future, according to PayPal and many other companies, is algorithmic credit scoring, where payments and social media data coupled to machine learning will make lending decisions that another enthusiast argues are "better at picking people than people could ever be." There's now a whiff of a hope that big data might finally shore up the risky business of consumer credit. Credit in China is now in the hands of a company called Alipay, which uses thousands of consumer data points -- including what they purchase, what type of phone they use, what augmented reality games they play, and their friends on social media -- to determine a credit score.

How Two 20-Somethings From Ireland Built a $9.2 Billion Company

Every day, Americans spend about $1.2 billion online. That figure has roughly doubled in the past five years, according to the Department of Commerce, and it's likely to double again in the next five as the internet continues to devour traditional retail. So it might come as a surprise that the web's financial infrastructure is old and slow. For years, the explosive growth of e-commerce has outpaced the underlying technology; companies wanting to set up shop have had to go to a bank, a payment processor, and "gateways" that handle connections between the two. This takes weeks, lots of people, and fee after fee. Much of the software that processes the trans actions is decades old, and the more modern bits are written by banks, credit card companies, and financial middlemen, none of whom are exactly winning hackathons for elegant coding.

The Politics of Artificial Intelligence in Financial Markets

Technology is and has always been a crucial part of finance. From the first promissory notes (banknotes) in the Netherlands and China, there was a race with counterfeiters that parasitically undermined trust. As in political communication, technology is the message, rather than merely "a tool": when it comes to money, trust is not just instrumental, it is fundamental. With cashless payments being the norm and social media platforms weαving an additional layer of involvement in our social data web – Amazon, Google, Facebook, Apple – Artificial Intelligence (AI) is already in our wallets, business, and financial affairs. In a non-western setting, one may refer to the Chinese "social rating" system, which allows the state to value and evaluate social behaviour patterns, creating a link to individual credit rating. 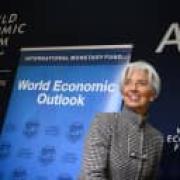 Line Corp. is betting that tie-ups with Japan's biggest financial institutions will help convince its 78 million users to entrust the free texting app with their money. The operator of Japan's most popular messaging platform plans to introduce the Line Securities equities trading service jointly with the country's biggest brokerage, Nomura Holdings Inc., this year, provided it receives the necessary government permits, Tetsuhiko Saito, who heads Line's financial arm, said in an interview in Tokyo. A banking service offered in partnership with mega-bank Mizuho Financial Group Inc. could become available as early as fall 2020, Saito said. Line dominates messaging in Japan, where about half of the people use the app daily, but user growth has stagnated. Now Chief Executive Officer Takeshi Idezawa is looking to fintech (financial technology) to help monetize the company's massive subscriber base and reduce reliance on advertising.