Sen. Ed MarkeyEdward (Ed) John MarkeyParnas pressure grows on Senate GOP Sanders defends vote against USMCA: 'Not a single damn mention' of climate change The Hill's Morning Report -- President Trump on trial MORE (D-Mass.) on Thursday sent a series of questions to the CEO of Clearview AI after reports that the company has been selling facial recognition software with an expansive database to law enforcement. The New York Times first reported over the weekend that more than 600 law enforcement agencies have started working with Clearview, which claims to have a database of more than 3 billion photos, in the last year. "Any technology with the ability to collect and analyze individuals' biometric information has alarming potential to impinge on the public's civil liberties and privacy," Markey wrote in the letter to CEO Hoan Ton-That. "Clearview's product appears to pose particularly chilling privacy risks, and I am deeply concerned that it is capable of fundamentally dismantling Americans' expectation that they can move, assemble, or simply appear in public without being identified," he continued. According to the Times, Clearview has built its software by scraping major social media platforms and allowing users to upload photos of strangers.

Hoan Ton-That, CEO of creepy facial recognition company Clearview AI, made the bold claim on Tuesday that his company has the right to publicly posted photos on Twitter and wielded the First Amendment as his reason. Clearview AI faced heat after it was discovered they had mined billions of publicly accessible images from Facebook and Ton-That's comments prove the company isn't backing down. EXCLUSIVE: The founder of a facial recognition company described as both "groundbreaking" and "a nightmare" is speaking out. In an interview with CBS This Morning, Ton-That was asked about Twitter's cease-and-desist order requesting that his company stop scraping it's data and delete everything Clearview AI has collected from the platform. In response, the facial recognition CEO claimed his company has a first amendment right to the data.

Clearview AI, an artificial intelligence firm providing facial recognition technology to US law enforcement, may be overstating how effective its services are in catching terrorist suspects and preventing attacks, according to a report from BuzzFeed News. The company, which gained widespread recognition from a New York Times story published earlier this month, claims it was instrumental in identifying a New York suspect from video footage who had placed three rice cookers disguised as explosive devices around New York City last August, creating panic and setting off a citywide manhunt. BuzzFeed News found via a public records request that Clearview AI has been claiming in promotional material that law enforcement linked the suspect to an online profile in only five seconds using its database. But city police now say this is simply false. "The NYPD did not use Clearview technology to identify the suspect in the August 16th rice cooker incident," an NYPD spokesperson told BuzzFeed News.

Clearview AI CEO Hoan Ton-That tells CBS correspondent Errol Barnett that the First Amendment allows his company to scrape the internet for people's photos. Google and YouTube have sent a cease-and-desist letter to Clearview AI, the facial recognition company that has been scraping billions of photos off the internet and using it to help more than 600 police departments identify people within seconds. That follows a similar action by Twitter, which sent Clearview AI a cease-and-desist letter for its data scraping in January. The letter from Google-owned YouTube was first seen by CBS News. (Note: CBS News and CNET share the same parent company, ViacomCBS.) The CEO of Clearview AI, a controversial and secretive facial recognition startup, is defending his company's massive database of searchable faces, saying in an interview on CBS This Morning Wednesday that it's his First Amendment right to collect public photos.

What Went Wrong With Clearview AI? 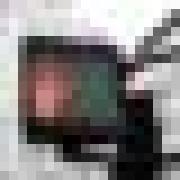 Facial recognition software has been the subject of debate for a long time now. Despite the controversy, law enforcement has been using such AI-powered software to catch criminals all around the world, and most particularly in large nations with less strict privacy laws. The use is prevalent despite the fact that the software may not work accurately when used on ethnic communities, youngsters and even women. One company which is leading the news headlines these days is Clearview AI founded by an Australian entrepreneur Hoan Ton-That. Although Clearview AI hasn't devised a groundbreaking facial recognition app, what it sells can be deemed as useful to law enforcement agencies.