Fujifilm's New Instax Cameras Rumored To Be Announced Next Week 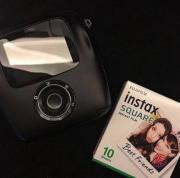 Fujifilm's Instax instant plastic cameras are getting two new versions this year, and they might be announced next week. Called the Instax Square, the cameras will apparently be a hybrid film/digital camera instead of just film. The rumored Fujifilm Instax Square camera is rumored to come in two versions: the SQ and the SQ10, according to FujiRumors. Like previous iterations of the Instax cameras, the both Instax Square models will still primarily be made out of plastic materials, but won't be much bigger than the Instax Mini. Like the name suggests, the cameras will have a square body measuring in at 62mm x 62mm.

The Best Instant Film Cameras of 2018

If you make a purchase by clicking one of our links, we may earn a small share of the revenue. Our picks and opinions are independent from any business incentives. Instant film cameras have become very popular over the past few years. Perhaps it's that Instagram has made everyone a photographer or maybe it's the obsession with nostalgia, but regardless, people love the vintage look and feel you get from these cameras. Whether you want to use an old Polaroid or need a new camera to get started, instant photography continues to have appeal, especially in a digital age.

Instant cameras are back and these are the best to buy

Even though analog cameras are still around, most folks use their smartphones for just about everything. Film camera fans are ardent in their love for SLRs, TLRs, and rangefinders. That's not to say that analog cameras don't still have mass appeal. In fact, instant cameras have become very popular over the past few years. Whether you want to use an old Polaroid Land Camera or need a new camera to get started, instant photography continues to have appeal, especially in a digital age.

The Polaroid-Style Instant Camera Is Back

My 27-year-old sister packed the essentials for her bachelorette weekend earlier this year: A "Bride to Be" sash, a bottle of tequila and…10 boxes of camera film. Yes, my little sister, the same one who's addicted to Facebook FB 0.66 % and Snapchat, insisted we take most shots with her Polaroid-style instant camera. Looking at the muted, white-framed photos, you'd think Jimmy Carter was still president during her last weeks of singlehood. In an era where smartphone cameras can even capture an out-of-place arm hair and selfies are as routine as bathroom breaks, buzzing mechanical cameras that spit out drab photos are making a surprise comeback. Fujifilm, one of the last makers of instant film cameras, sold 5 million of its Instax cameras last year, a 30% increase over 2014. 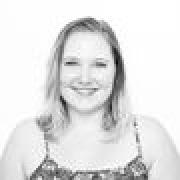