As urban populations grow, more people are exposed to the benefits and hazards of city life. One challenge for cities is managing the risk of disasters in a constantly changing built environment. Buildings, roads, and critical infrastructure need to be mapped frequently, accurately, and in enough detail to represent assets important to every community. Knowing where and how assets are vulnerable to damage or disruption by natural hazards is key to disaster risk management (DRM). The Global Facility for Disaster Reduction and Recovery (GFDRR) is a global partnership that provides knowledge, funding, and technical assistance towards achieving the vision of a world where resilient societies manage and adapt to ever-changing disaster and climate risk, and where the human and economic impact of disasters is reduced. 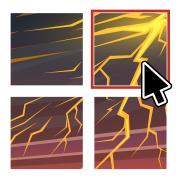 Disaster resilience is an area ripe for the use of artificial intelligence technologies. While some governments, companies and universities are using AI for this work, most efforts are in the early stages. AI technologies could help governments more quickly and efficiently identify risks, predict disasters and assess damage during and after an event. Recognizing the benefits of AI for disaster resilience in states at risk of natural disasters, such as California, the Partnership for Public Service worked with Microsoft to examine ways AI could help the federal, state and local governments improve their resilience. Read the findings in our white paper, "Into the Storm: Using artificial intelligence to improve California's disaster resilience."

Rome – Countries with large populations and low levels of development are most likely to see a rise in the risk of armed conflict after extreme weather events, according to a new study that researchers said underscored the need to boost their resilience. Almost 1 in 3 conflicts in large countries with ethnic tensions and low levels of development over the last 25 years broke out within seven days of such a disaster, said scientists from Germany, Sweden and Australia. Even small-scale disasters can increase the risk of conflict in vulnerable places, according to the research paper, published in the journal Global Environmental Change this week. They cited Mali, where the militant group al-Qaida in the Islamic Maghreb exploited a weak state and people's desperation after a severe drought in 2009 to recruit fighters to expand its area of operation. Co-author Jonathan Donges said it was the first time scientists had conducted such a broad study of conflicts preceded by climate disaster, combining statistical analysis, observation data and regional case study assessments.

Artificial intelligence could play a critical role in all phases of disaster resilience, according to "Into the Storm: Using Artificial Intelligence to Improve California's Disaster Resilience," an issue brief the Partnership released with Microsoft in early July. The brief explores the AI tools governments can use for disaster resilience and highlights how agencies are using AI technologies in the field. Considering that the Federal Emergency Management Agency has declared 27 major disasters across the United States in 2020 so far--not including those related to the COVID-19 pandemic--government officials need to think through how they can strengthen their ability to prepare for, respond to and recover from these shocks. Disasters put lives and livelihoods at risk, and governments at all levels--federal, state and local--must seek the best tools available to tackle the complex challenges involved and protect lives. At a release event held in July, Bijan Karimi, assistant deputy director for emergency services at the San Francisco Department of Emergency Management, and Stuart McKee, chief technology officer for state and local government at Microsoft, discussed basic principles disaster resilience officials should keep in mind when considering the use of AI.

Mayor of tsunami-hit city stresses resilience and inclusivity at U.N. 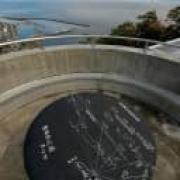 NEW YORK – The mayor of Rikuzentakata, Iwate Prefecture, which was devastated by the 2011 tsunami disaster, stressed Monday how resilience and inclusivity are necessary for rebuilding the city as he spoke at the United Nations to mark World Tsunami Awareness Day. "The inclusive and accessible society to my knowledge is where no one is left behind. We want to be a model city of inclusive society globally," Rikuzentakata Mayor Futoshi Toba said at a high-level event co-sponsored by the tsunami-hit countries of Japan, Chile, Indonesia and the Maldives. Toba, 53, who lost his wife and many colleagues in the disaster, recalled how a 47-foot wall of water triggered by a major earthquake "completely wiped out" his city, claiming 1,800 lives. "The degree of destruction was beyond anything I had ever seen. As mayor I knew I had to show my leadership, I had to serve my community," said the chief of the city, which has a population of about 19,000.