Toyota, Honda and Nissan are partnering with eight industrial firms to make a fresh push on hydrogen refuelling stations in Japan. The group wants to build 80 stations within the first four years of the partnership -- which is expected to last a decade -- with nine in operation by March 2018. The plan would nearly double the 91 stations currently in the country.

Whether or not anyone embraces the idea is another matter. Nissan believes that its bio-ethanol fuel cell would cost as little as an electric car to run, but that fuel still has to come from somewhere. Bio-ethanol requires a lot of farmland, and it's a stretch to claim that the plants would completely offset the carbon emissions involved in making this a reality. There's also the question of whether or not this is little more than a stopgap measure on the way to an all-electric future. Electric car ranges should improve by 2020 -- there may not be much point to this fuel cell if you can get an EV that drives just as far. 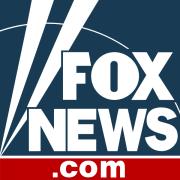 Josh "Mac" MacDowell of San Antonio Texas had a brilliant idea. He took a Stirling engine, a type of engine developed 200 years ago, and added some 21st-century technology to it. The result is a hybrid electric car so efficient that you never have to stop to recharge, reports Houston's KHOU11. The centerpiece of MacDowell's innovation is the Stirling engine, which was created in 1816. The closed-cycle air engine uses the expansion of hot air and the compression of cold air to generate the power needed to drive an engine.

The emergence of a new class of vehicles known colloquially as "Tesla fighters" poses a serious threat to the electric vehicle manufacturer's position of strength, even as some in the auto industry remain skeptical about the entire concept. After Tesla raised 1.4 billion in a public offering of stock to fund the production of its mass-market Model 3 electric sedan, the automaker's ambition to popularize electric cars -- once viewed by the traditional auto companies as a fantasy -- is more real than ever. Even with conventional internal combustion engine vehicles dominating the showroom floor, most of the world's major automakers are rushing to catch up with the Silicon Valley automaker. General Motors, Daimler, Volkswagen, Nissan, BMW, Hyundai and Ford are all developing what can be viewed as some form of direct competitor to Tesla's pure-electric cars. GM is even set to beat Tesla to the market with a mass-market, long-range electric car: the Chevrolet Bolt, which hits showrooms in late 2016.

Despite growing interest in electric vehicles amid stricter curbs on greenhouse gas emissions, globally renowned Japanese carmakers have yet to totally embrace the challenge -- raising concerns they may fall behind emerging rivals.