As Motherboard noted, Japan is betting on anime and manga to boost its economy. Animation studios have recently made their creations more available to audiences outside the country, but they're still not as easy to access as Western media. Hulu, for instance, dropped a ton of titles from its anime catalogue in May. As such, illegal distribution of anime is still so widespread that its estimated cost of damage is a whopping 20 billion. According to RocketNews24, the government will start this new project next week with one hire, perhaps to test things out.

Anime Is booming. So why are animators living in poverty?

Business has never been better for Japanese anime. And that is exactly why Tetsuya Akutsu is thinking about calling it quits. When Akutsu became an animator eight years ago, the global anime market -- including TV shows, movies and merchandise -- was a little more than half of what it would be by 2019, when it hit an estimated $24 billion. The pandemic boom in video streaming has further accelerated demand at home and abroad, as people binge-watch kid-friendly fare like "Pokemon" and cyberpunk extravaganzas like "Ghost in the Shell." But little of the windfall has reached Akutsu. 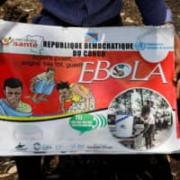 NARA/KYOTO/SAITAMA – After 10 of the 35 Kyoto Animation arson attack victims were named Friday, fans are visiting so-called "holy sites" featured in the famed company's works and praying for the deceased. The city of Kashihara, Nara Prefecture, is said to be one of the locations for "Kyoukai no Kanata" ("Beyond the Boundary"), which was created with help from art director Mikiko Watanabe, who died at age 35 in the July 18 blaze. Kashihara draws numerous fans because its landscape is believed to be depicted in detail in the anime. "They gave us an irreplaceable treasure," said Hiroaki Moriguchi, 24, who is working to revitalize the city through anime. "I have no words for losing them," he said. 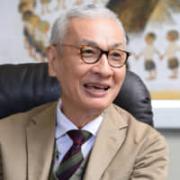 The death toll in last week's arson attack on a Kyoto Animation Co. studio rose to 35 Saturday after a man being treated at a hospital died, police said the same day. Some of the people injured in the incident are still in hospital. The police have not released the identities of any victims. Police have yet to question the suspect, Shinji Aoba, who has severe burns and remains in serious condition. He is suspected of entering Kyoto Animation's three-story building on July 18 and igniting gasoline.

During the memorial service held at the site of the studio, which has since been demolished, President Hideaki Hatta pledged to rebuild the company. "Being one in heart with our friends, their family members and those who support us, we will go forward step by step, albeit slowly," he said. Addressing the ceremony at the site, one of the bereaved family members present read out a message, saying, "We have no choice but to keep living with these feelings of sadness and loneliness." The ceremony was not open to the media at the request of the company, known internationally for producing a number of popular animation works such as "K-On!" and "The Melancholy of Haruhi Suzumiya." The company, often referred to as KyoAni at home and abroad, released a memorial video clip that showed condolence messages on its YouTube account at 10:30 a.m., the time of the arson attack, which also left 33 people injured.