Japan Has A Plan To Remove Large Pieces of Space Junk From Orbit, But Will It Work?

This system is designed to remove larger pieces of'debris' from orbit (4–400 kg). However, it will not address the far more numerous smaller pieces of debris that are more dangerous. First, pieces larger than 10 cm across are mostly tracked by DOD's Space Surveillance Network. There are tens of thousands of those. We plan launches and avoidance maneuvers around them. 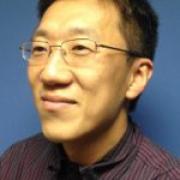 On July 22, Microsoft announced a $1 billion investment in OpenAI, a lab focused on "artificial general intelligence," or the goal of creating artificial intelligence with human-like observation and learning capabilities. With this announcement, Microsoft becomes the "exclusive" cloud computing provider for OpenAI and will have access to productizing OpenAI capabilities as they come to market. Key Takeaways: Microsoft makes a long-term investment in "general intelligence" to start on the next generation of AIs that will be coming to market in five-to-ten years and will be able to recoup some costs back as OpenAI's cloud provider and monetizer of OpenAI technologies. From a practical perspective, how does this affect Microsoft Azure Cloud Services and their current AI portfolio? First, OpenAI is still several years away from having any sort of launchable product.

A US anti-ballistic-missile defense test likely failed in June because a sailor pushed the wrong button, it has emerged. The test, which took place on June 21, saw the new SM-3 Block IIA interceptor, guided by the Navy's Aegis Combat System, detonating in the air before it was able to collide with the test missile. Now it has been revealed that the mishap occurred not because of a computer malfunction, but most likely because a sailor on board the control ship pushed the interceptor's self-destruct button, Defense News reported. A review released by the Missile Defense Agency (MDA) has ruled out malfunctions within both the SM-3 interceptor and the Aegis system. That leaves human error as the likely explanation, Defense News reported.