When all you have is a hammer, Isis looks like a nail

When all you have is a hammer, everything starts to look like a nail. So perhaps its not surprising that when everyone and their dog pops above the parapet with a killer idea for how to deal with Isis, they all seem to suggest doing much the same thing they are always doing. For example, if you're a copyright lawyer, then clearly the answer involves using copyright law. Because Isis may be happy to slaughter thousands, but they know that home-taping is killing music. Paul Rosenwig, the founder of homeland security consulting company Red Branch, has a cunning plan.

The Internet's Safe Harbor Just Got a Little Less Safe 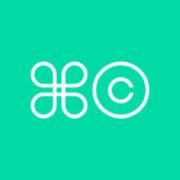 One of the most important laws protecting online speech is also one of the worst. You've probably heard of it. In 1998, President Bill Clinton passed the Digital Millennium Copyright Act, or DMCA. It's the law that, for example, makes it all too easy for companies to have embarrassing content removed from sites like YouTube by issuing bogus takedown requests, claiming that the content violates their copyright--no presumption of innocence required. But the DMCA also contains one incredibly important section: the so-called safe harbor provision.

Revealed: How copyright law is being misused to remove material from the internet

Writing a bad review online has always run a small risk of opening yourself up to a defamation claim. But few would expect to be told that they had to delete their review or face a lawsuit over another part of the law: copyright infringement. Yet that's what happened to Annabelle Narey after she posted a negative review of a building firm on Mumsnet. Narey, who is the head of programme at an international children's charity, had turned to London-based BuildTeam for a side return extension, but almost six months later, the relationship had turned acrimonious. The build, which was only supposed to take 10–14 weeks, was still unfinished, she wrote.

BANGKOK – Thailand's military government, which has cracked down on online dissent since seizing power in 2014, is pushing ahead with cybersecurity bills that rights groups say could mean more extensive online monitoring, raising concerns over privacy protection. Amendments to Thailand's 2007 Computer Crime Act to be considered by parliament next month have come under fire from critics who say the bill could give state officials sweeping powers to spy on internet users and restrict online speech. Critics say parliament is likely to approve the amendments because lawmakers voted unanimously to pass the bill in its first reading. The amendments come as the military government has ramped up online censorship since the May 2014 coup, particularly perceived insults to the royal family, as it tries to ensure a smooth transition following the death of revered King Bhumibol Adulyadej on Oct. 13 and ahead of a 2017 general election. Since the coup, the government has shut down or blocked thousands of websites it has deemed offensive or inappropriate.

Stream-ripping, or the conversion of streamed content into downloadable files, has become a major problem for the recorded music industry, which reports a 50 percent increase in such unauthorized ripping in the U.S. from 2013 to 2015. The industry in the U.S. sent a message Monday that it aims to stop the practice with organizations representing key record companies filing a copyright infringement and technology circumvention suit against a website called YouTube-mp3 (YTMP3) and its German operator Philip Matesanz in a federal court for allegedly ripping music from YouTube. The industry rates the website, which is located at the web address www.youtube-mp3.org, In the U.K., the BPI, representing local record labels, put the stream-ripping site on formal notice of intended legal action if it does not cease infringing. The lawsuit, has however been criticized by the Electronic Frontier Foundation for "grabbing for power to conscript Internet intermediaries as content police," as it wants certain orders served on Internet intermediaries like web hosts and domain-name registrars to block access to their routines services to YTMP3 and related websites.