Honda Motor Co. said on Thursday that a Takata air bag inflator ruptured in a car crash last week in Florida in what could be the 19th death worldwide linked to faulty air bags recalled as part of the largest automotive safety campaign in history. The Japanese automaker said the driver of a 2002 Honda Accord was killed in Holiday, Florida, after the inflator ruptured. An official cause of death has not been announced. Last week, authorities in Australia said the death of a Sydney man earlier this month was likely the result of a faulty Takata air bag inflator. At least 18 deaths and 180 injuries worldwide have been tied to the defect that led Takata Corp. to file for bankruptcy protection last month.

A type of Takata air bag inflator once thought to be safe has now come under scrutiny after a crash and explosion in Maryland injured the driver of a Honda minivan. The incident forced Honda on Tuesday to recall about 1.2 million vehicles in North and Central America from the 2001 to 2016 model years that were not included in the massive string of Takata recalls for air bags that can hurl shrapnel into the passenger compartment. Takata used ammonium nitrate to create a small explosion and inflate air bags in a collision. But the chemical can deteriorate when exposed to high temperatures and humidity and blow apart a metal canister, spewing out shrapnel. At least 23 people have been killed by the company's inflators and hundreds more injured.

Fox News Flash top headlines for Dec. 5 are here. Check out what's clicking on Foxnews.com A new and distinct problem has been discovered in air bags made by the now bankrupt company Takata which has led to at least one death. Over 70 Million Takata airbags are being recalled due to other issues. The recently discovered malfunction is different than the defect that led to at least 24 deaths and hundreds of injuries worldwide, though the result, like the earlier issue, leads to air bags that can explode and hurl shrapnel, killing or injuring people. 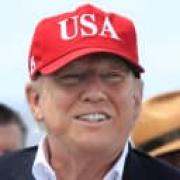 DETROIT - An Arizona man killed by an exploding Takata air bag inflator brings the worldwide death toll to at least 24. Armando V. Ortega, 55, of Yuma, died June 11, 2018, three days after his 2002 Honda Civic was involved in a crash in near Phoenix, according to the Arizona Department of Public Safety. Honda said in a statement that the Civic driver was hit by shrapnel and injured. He later died at a hospital. The death, which wasn't reported to a federal agency until this month, is the 16th in the U.S. caused by the air bags, which can explode with too much force and hurl shrapnel into drivers and passengers.

DETROIT – Another person has been killed in the U.S. by an exploding Takata air bag inflator, but this death wasn't the result of a crash. Honda says a man died in June 2016 when an inflator ruptured while he was working inside a 2001 Honda Accord using a hammer. The car's ignition switch was on, so the air bag would have been ready in case of a crash. But it's not clear why the air bag deployed, the company said. Police photos show the metal inflator ruptured and shot out fragments in Hialeah, Florida, near Miami.