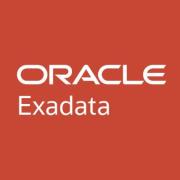 Oracle is investing in its namesake database, with new hardware and cloud options for deployment of its Oracle Autonomous Database, and the promise of some big new software features. The development came as the Redwood City, Calif. In his opening keynote, CTO and co-founder Larry Ellison remarked on the complexity of running multiple databases for different needs, in contrast to the converged, multi-model approach he said Oracle is now embracing. Much like the modern smartphone integrates multiple capabilities into a single device, the Oracle database can do many different things, Ellison said. "We're a relational database, but we're also an in-memory database," he said.

Oracle has pushed out Exadata X8, the latest iteration of its engineered system optimised for the Oracle database. Unveiled today, the Oracle Exadata Database Machine X8 introduces machine-learning capabilities drawn from the Oracle Autonomous Database. These include Automatic Indexing, which continuously tunes the database as usage patterns change. The Exadata X8 also incorporates automated performance monitoring which can determine the root cause of issues without human intervention, according to Oracle. The company said the software does this using AI combined with real-world performance triaging experience and best practices.

As we reported last fall, Oracle's refresh of its Exadata database consolidation platform was a generation change with major architectural changes that turbocharge transaction processing and analytics. The Exadata X8M platform, introduced to on-premises customers last fall, is now becoming available in the Oracle Public Cloud, but with a major new twist. It is tapping the scale of the cloud to boost the capacity of Exadata for analytics to hold up to 25 PBytes of data. Oracle Exadata customers have embraced the new platform. In Q1 results released last month, Oracle reported that X8M accounted for the majority of Exadata Database Machine sales, and that overall Exadata on-premises sales for the quarter grew 15%.

Oracle's cloud business is still a blip on the radar compared to the competition, but it's the only cloud provider offering security and automation features uniquely built for the enterprise, Oracle co-founder and CTO Larry Ellison argued Monday. "Other clouds have been around for a long time, they were not really designed for the enterprise," Ellison said in his keynote address at the OpenWorld conference in San Francisco. Oracle is now selling its Generation 2 Cloud, which is available in the public cloud and will be available next year with Cloud@Customer, one of Oracle's most popular products. The most important part of the Gen 2 Cloud, Ellison said, is the autonomous database. Taking aim at cloud giant Amazon Web Services, Ellison compared the autonomous database to the reported development of an AWS semi-autonomous database.