Who gets the credit when AI makes art?

AI is without a doubt efficient. It is fast, precise, and unencumbered by the emotions that cloud human intelligence. An algorithm's got it covered.

Art in the Age of AI: How Tech Is Redefining Our Creativity

Technology has long been considered a resource-liberating mechanism, granting us better access to resources like information, food and energy. Yet what is often overlooked is the revolutionary impact technology can have on our ability to create art. Many artists are reacting to a world of accelerating change and rapid digitization through their work. Emerging artistic mediums like 3D printing, virtual reality and artificial intelligence are providing artists with unprecedented forms of self-expression. Many are also embracing the rise of intelligent machines and leveraging the man-machine symbiosis to create increasingly powerful works of art.

Technology is an integral part of composer Kate Simko's work. As well as writing for film and television, she founded the London Electronic Orchestra, which combines classical instruments with electronic music. Every conference this year contains a dead human genius reincarnated as software system or a robot. Yes, there is a lot of hype, but there is real worth in AI and Machine Learning. Read our counseling on how to avoid adopting "black box" approach.

How Artificial Intelligence Is Changing the Face of Art 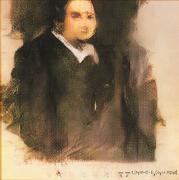 In October of 2018, Christie's auctioned off the first work of art ever created by an algorithm. The painting, titled Edmond de Belamy, was a portrait of a gentleman dressed in black. It was expected to sell for around $10,000, and instead garnered a staggering $432,500. Just a few months before that, Nature Morte, a contemporary art gallery in New Delhi, held an exhibition that featured seven artists working with artificial intelligence. AI-written novels, choreographers predicting dance sequences, and other forms of machine learning are also being readily explored within the creative arts.

How an AI system can learn to think creatively

Will an AI system ever create art that can equal a work created by a human? Researchers and artists are already making attempts to find out by translating creativity into algorithms. To answer whether these attempts are likely to generate artwork -- music, poetry, fiction, visual art -- that can pass for human-created work starts with understanding how human creativity functions. While the potential for rational thinking and mathematical ability in humans are present at birth, we still require education to fully realize these capabilities. So we study the laws of nature, logic puzzles, ethical dilemmas, and so on.