Broadway to say good-bye to 'Matilda' in January

The Tony Award-winning, British import "Matilda" will stop terrorizing Broadway early next year. Producers of the witty musical adaptation of the beloved and dark novel by Roald Dahl said Thursday the show will close at Shubert Theatre on Jan. 1, having played almost 1,600 performances. The musical tells the story of a precocious and slightly telekinetic Matilda Wormwood, an English girl who loves to read despite the disdain of her sleazy parents. She is befriended by a kindly teacher but opposed by the fearsome school headmistress. The show, which paid back its 16 million investment on Broadway, is still playing in London and a production is in Australia.

What would Roald Dahl's much-loved bookworm Matilda be doing today, 30 years after the book about her was published? Illustrator Sir Quentin Blake has reimagined the heroine, who outwitted the vile headteacher Miss Trunchbull, doing what she might do best. BBC News can exclusively reveal the illustration of Matilda Wormwood being depicted as poet laureate, "widely celebrated for her moving performance of The Trunchball Saga". Inspired by the book which he famously illustrated 30 years ago, Sir Quentin's other four drawings feature Matilda working in a wide range of exciting careers: We bet her special telekinetic powers come in handy for this! And we have no doubt that her brilliant mind will have no problem picking up new languages, as she travels the globe.

Matilda: A tale of Tsar-crossed lovers

Its release, originally scheduled for autumn 2016, had been postponed three times. Over the past year, the film has faced a string of controversies culminating in threats against cinemas and acts of violence that have left some Russian observers puzzled. The film tells the story of the romance between prima ballerina Matilda Kshesinskaya and the last Russian tsar, Nicholas II. With a budget of $25m, the participation of some 2,000 extras, the use of 7,000 costumes and scenes shot in the Kremlin and lavish royal palaces, Matilda was supposed to be a simple state-sponsored romantic drama showing off the splendour of Tsarist Russia. Instead, it faced a campaign calling for it to be banned.

'Matilda' star on her truth

Mara Wilson is embracing her sexuality following the tragic shooting in Orlando. Doubtfire" -- shared a photo of herself at a gay club as a teenager after Sunday's massacre at Pulse nightclub in Florida and opened up about why the LGBT community has always felt like home to her. "Me at a gay club when I was eighteen. I feel embarrassed looking at it now..." she wrote alongside the picture. WATCH: President Obama Speaks Out on Shooting at Orlando Gay Nightclub: 'This Was an Act of Terror and an Act of Hate' "Being a'straight girl' where I clearly didn't belong, but I will say, I felt so welcomed there. I have never had a better experience at a club than I did then. 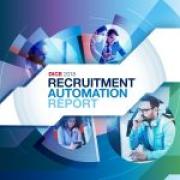 For candidates who interact with Matilda the experience can seem bizarre -- being interviewed by a toy. But remember that Matilda is a prototype. It is a social robot -- an autonomous device that interacts and communicates with humans by following social behaviors and rules attached to its role. There are many like it, including Jibo, ElliQ, and Pepper, though it is the first that is being used in recruiting. There's no compelling reason it has to exist in physical form to interview candidates, other than that it was available and could be adapted for use in screening candidates.