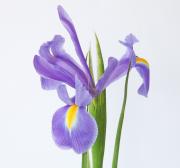 While open data or public data sets are convenient, we offer an extensive catalog of'off-the-shelf', 250 licensable datasets across 80 languages across multiple dialects for a variety of common AI use cases. We are excited to announce 30 new datasets for 2020 that deliver immediate value to our customers. Among our offerings, you will find data sets for speech recognition, learning datasets for machine learning algorithms, all created with the most advanced available data science. Whether you are working on a text-to-speech system, a voice recognition system or another solution that relies on natural language, high-quality licensed speech and language datasets allow you to go to market faster and reach more potential customers. Should You Build or Buy a Data Annotation Tool?

Working with NLP datasets in Python

In the field of Deep Learning, datasets are an essential part of every project. To train a neural network that can handle new situations, one has to use a dataset that represents the upcoming scenarios of the world. An image classification model trained on animal images will not perform well on a car classification task. Alongside training the best models, researchers use public datasets as a benchmark of their model performance. I personally think that easy-to-use public benchmarks are one of the most useful tools to help facilitate the research process.

A new paper from the University of California and Google Research has found that a small number of'benchmark' machine learning datasets, largely from influential western institutions, and frequently from government organizations, are increasingly dominating the AI research sector. The researchers conclude that this tendency to'default' to highly popular open source datasets, such as ImageNet, brings up a number of practical, ethical and even political causes for concern. Among their findings – based on core data from the Facebook-led community project Papers With Code (PWC) – the authors contend that'widely-used datasets are introduced by only a handful of elite institutions', and that this'consolidation' has increased to 80% in recent years. '[We] find that there is increasing inequality in dataset usage globally, and that more than 50% of all dataset usages in our sample of 43,140 corresponded to datasets introduced by twelve elite, primarily Western, institutions.' Criteria for inclusion is where the institution or company accounts for more than 50% of known usages.

This resource is continuously updated. If you know any other suitable and open dataset, please let us know by emailing us at pub@towardsai.net or by dropping a comment below. Check out the Monte Carlo Simulation An In-depth Tutorial with Python. Google Dataset Search: Similar to how Google Scholar works, Dataset Search lets you find datasets wherever they are hosted, whether it's a publisher's site, a digital library, or an author's web page. It's a phenomenal dataset finder, and it contains over 25 million datasets.