OPEC, which for decades controlled global oil production, appeared to be losing its grip ahead of Wednesday's scheduled meeting in Vienna to freeze or reduce output and prop up prices. Some members of the Organization of Petroleum Exporting Countries have been trying to convince the rest to cut production to boost oil prices, which are half of what they were in 2014, currently hovering in the mid-$40 a barrel, the result of an oil glut. Current price levels are good news for airlines, truckers and drivers but bad news for alternative energy startups, shale oil and gas operations, and economies dependent on oil prices to fund their budgets. Any price increase, however, could come at the cost of market share as Asian buyers, who use a third of the world's supply, look elsewhere, Reuters reported. "For us, the current price levels look to be appropriate for both sides [buyers and producers]," said Eiichiro Kitahara, executive officer at Japanese refinery TonenGeneral Sekiyu.

Who really influences the price of oil?

Opec, the Organization of the Petroleum Exporting Countries, has certainly had its share of criticism over many years. President Trump recently accused the group of "ripping off the rest of the world" and keeping oil prices "artificially high". It has sometimes been charged with holding the world to ransom - notably in the mid-1970s when it cut supplies and the price tripled. But as Opec energy ministers meet in Vienna, does the group really wield that much influence any more? They are being joined by some non-member oil-producing countries, notably Russia. 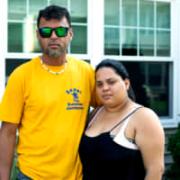 DUBAI, UNITED ARAB EMIRATES – Saudi Arabia's King Salman replaced the country's energy minister with one of his own sons Sunday, naming Prince Abdulaziz bin Salman to one of the most important positions in the country as oil prices remain below what is needed to keep up with government spending. The new energy minister is an older half brother to 34-year-old Crown Prince Mohammed bin Salman and replaces Khalid al-Falih, who'd been in the role since 2016. Prince Abdulaziz enters the job with a lifetime of experience in Saudi Arabia's energy sector and is seen as a safe and steady choice to lead the ministry, where he will oversee production of one of the world's largest oil exporters. He has held senior roles in the energy ministry for more than three decades and most recently was minister of state for energy affairs. Despite now getting the top role overseeing Saudi Arabia's energy portfolio, Prince Abdulaziz is not known to be close to Prince Mohammed, the king's most powerful son and heir to the throne.

With oil prices back on the rise, OPEC delegates aren't expected to forge a deal to curtail crude production when they meet this week in Vienna. Instead, the talks are likely to focus on Saudi Arabia's newly appointed energy minister and whether the kingdom will seek to unify the cartel, or put Saudi interests first. The biannual meeting on Thursday will arrive just weeks after Saudi officials scuttled a plan between OPEC and non-OPEC producers to freeze oil production and shore up crude prices, which have plunged over the last two years due to a supply glut. Saudi Arabia's intervention at the gathering in Doha, Qatar, has heightened tensions between the kingdom and its longtime political rival, Iran. It also widened the growing rift between OPEC's wealthier Gulf countries and its poorer members, including Venezuela and Algeria, where low oil prices have thrust the economies into turmoil.

Oil meeting in Qatar collapses without freeze as Iran absent

A meeting of oil-rich countries in Qatar that had been expected to boost crude prices by freezing production fell apart Sunday as Iran stayed home and vowed to increase its output despite threats by Saudi Arabia. The fact that producers couldn't agree to a freeze, let alone a production cut, likely means oil prices will drop again as markets open Monday. Sunday's gathering grew out of a surprise Doha meeting in February between Qatar, Russia, Saudi Arabia and Venezuela, in which they pledged to cap their crude output at January levels if other producers did the same. It produces 3.2 million barrels of oil a day now, with hopes of increasing to 4 million by April 2017.