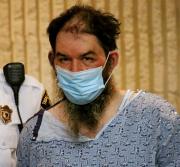 An investigation into a stolen U-Haul truck turned bloody Thursday morning when a "combative" suspect stabbed three police officers attempting to gain entry into his Saugus home. All three cops are recovering from non-life threatening knife wounds at Massachusetts General Hospital, but Saugus Assistant Police Chief Ronald Giorgetti said the violent morning shocked the force. "They're just beginning to comprehend what occurred," an emotional Giorgetti told the press Thursday. Saugus Police responded to a report of a rental truck reported stolen by 43-year-old Saugus resident Steven Sossong, who had an outstanding warrant for driving with an expired vehicle registration. According to police, four officers visited Sossong's house on Tuttle Street around 7:45 a.m. 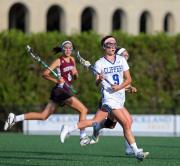 Plenty of extremely talented players have come through the state in the past decade to spark the ascension of girls lacrosse. Girls Lacrosse All-Decade Team consists of players who competed between the 2010 and 2019 seasons. In all, 20 field players and two goalies made the team and were split into starting and reserve units. One of the best players to ever come through the state, Ahern dazzled throughout her four seasons and rewrote the record books along the way. A four-time Under Armour All-American and three-time U.S. Lacrosse All-American, Ahern tallied a staggering 631 career points on 435 goals -- both program records -- to go along with 196 assists.

HONOLULU (AP) — Karen Hastings was in her 31st floor Honolulu apartment when she smelled smoke. She ran out to her balcony, looked down, and saw flames five floors below her.

There has been no shortage of talent on the pitch across the state over the last decade. Boys Soccer All-Decade Team consists of players who competed between the 2010 and 2019 seasons. In all, 21 field players and two goalies made the cut and were split into starting and reserve units. DeNormandie reached a stratosphere that not many in the state have achieved. The superb forward is the only player from the decade to be named a two-time All-American and he also garnered All-New England status in 2008 as well as being the state's 2010 Gatorade Player of the Year.

The Nintendo Switch will have three additional games when it launches on March 3. Game developer Tomorrow Corporation has announced that "World of Goo," "Little Inferno" and "Human Resource Machine" will be available at the launch of the hybrid console. All three of them have already been released for previous Nintendo hardware, as pointed out by Polygon. "World of Goo" was first released in 2008 for the Wii, while "Little Inferno" and "Human Resource Machine" were released for the Wii U in 2012 and 2015, respectively. However, gamers on the Nintendo Switch will be given some exclusive content when they purchase the new version of the games. "All three games will come bundles with their full original soundtracks.