French public relations firm Publicis Groupe and Microsoft have partnered to develop Marcel, a new system that uses cognitive services and artificial intelligence to improve the way the group's teams and clients connect and work together.

It was warm inside, and the big combination played twelve wonderful records without stopping. Seven people were dancing, three couples and Marcel. It was Marcel's apartment, and he was a fairy. Nobody else was unusual in that regard. But Marcel was a fairy and he had inserted a "de la" in his name--Marcel de la Smith was how he had been known for a long time on his cards.

Jan. 29, 2018 – Publicis Groupe [Euronext Paris: FR0000130577, CAC 40] announced today its partnership with Microsoft Corp. (Nasdaq "MSFT" @microsoft) to develop and roll out Marcel, its disruptive platform that will radically change the way the group's teams and clients connect, interact and work together.

Today, Publicis Groupe announced that its much-discussed global AI platform Marcel will be developed with the help of one of the world's largest and longest-standing tech companies--Microsoft.

TV's Best Political Show Might Just Be The Originals. Yeah, the One With the Vampires 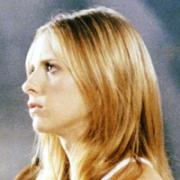 Political drama is all over TV lately, from the Beltway machinations of Scandal and Madame Secretary to tales of intrigue like The Americans and 24: Legacy to Sean Spicer's press briefings. But the political soap opera I'm most excited about these dats isn't any of those--it's a spinoff of the teen drama The Vampire Diaries. The Originals might be a supernatural soap opera about stupidly good-looking bloodsuckers fighting in New Orleans, but its subtext-rich blend of municipal maneuvering and gothic family drama also makes it feel like something else: a vital American saga. By now, though, Marcel is also a vampire--and he's even more powerful than Klaus. At the start of Season 4, which began last week, he has his adoptive father chained up in a dungeon, and is telling anyone who'll listen that Klaus is his "trophy."