Lost count of how many new Pokémon and Alola forms have already been revealed by The Pokémon Company? As of today, there are 55 new Pokémon and Alola forms, and this figure already includes the newly revealed ones at Gamescom 2016 and the on-going Pokémon World Championships. The Pokémon Company did not miss the chance to introduce four new Pokémon at the 2016 Pokémon World Championships on Friday. There's Crabrawler, a Boxing type Pokémon with strong pincers that are capable of throwing powerful punches. In spite of its strong aura, this Pokémon will be frequently seen around trees in search of its favorite food, Berries.

Grooming in "Pokémon Sun and Moon" will not be limited to players' avatars only. The latest teaser trailer for the upcoming Nintendo 3DS-exclusive titles from Game Freak and The Pokémon Company introduced a feature that will allow players to pamper and freshen up their Pokémon. According to the official "Pokémon Sun and Moon" website, the new feature called Pokémon Refresh will let players care for their Pokémon. The feature was designed to allow players to clean up their Pokémon after a battle. Since Pokémon pretty much end up all dirty after battling another Pokémon, Pokémon Refresh will allow players to clean them up by brushing the dirt off of them. 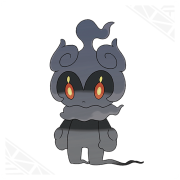 The Pokémon Company just announced on the official "Pokémon Sun and Moon" website the addition of a new Mythical Pokémon named Marshadow into the Nintendo 3DS-exclusive games' Pokédex. While this may be a weird move to players who have already seen the creature a couple of months ago, it's clear that the company just wants to formally introduce the new pocket monster to fans of the franchise. Just recently, The Pokémon Company updated the official site for its new 3DS games. When players visit the site now, they will be greeted with a promotional tab that features Marshadow. Clicking this will lead to a separate page dedicated only to the new Pokémon.

'Pokémon Quest' Is Available On iOS And Android Right Now

If you're looking for a way to while away the hours playing Pokémon games on your phone without getting outside and actually moving around, you're in luck, at least if you've got some sort of a smartphone. Pokémon Quest is available on iOS and Android now. It's free to download, even if that news means very different things to different people. Nintendo and the Pokémon Company announced Pokemon Quest at a pre-E3 event where they also revealed Pokémon Let's Go Pikachu and Eevee, and they released it on the Nintendo Switch eshop later that day. It's a voxel-style game that features the original 151 Pokémon rendered in loveable lo-fi models, and you catch new Pokémon by cooking treats for them and then do battle with wild creatures.

"Pokémon Sun and Moon" players can certainly catch them all, even Pokémon from other titles, with the help of Pokémon Bank and Poké Transporter. The online service that was originally launched in December 2013 is getting an update that would provide support for Game Freak's upcoming games, "Pokémon Sun" and "Pokémon Moon." According to the official "Pokémon Sun and Moon" website, the Nintendo 3DS downloadable software called Pokémon Bank will be getting an update in January 2017, almost two months after "Pokémon Sun and Moon" hit the international markett on Nov. 18. Players of "Pokémon Omega Ruby," "Pokémon Alpha Sapphire," "Pokémon X" and "Pokémon Y" are surely familiar with this service as it provided them a means of transferring Pokémon from one game to another. With the update, "Pokémon Sun" and "Pokémon Moon" players will not only get the chance to move version-exclusive Pokémon, they will also be provided with a platform where they can generate their caught Pokémon from other titles into the new games.