DeAndre Jordan is an Olympian. Considered the least likely of the three Clippers who were finalists for Team USA to play in the Olympics, Jordan has earned a spot on the team that will compete in August in Rio de Janeiro, according to a person close to the situation not authorized to discuss it publicly. The other big men on Team USA are expected to be Sacramento's DeMarcus Cousins and possibly Houston's Dwight Howard. The roster that will be announced Monday will also reportedly include Oklahoma City's Kevin Durant, Indiana's Paul George, Chicago's Jimmy Butler, Toronto's Kyle Lowry and Golden State's Draymond Green, among others. "There will be a lot of great players that make it, there will be a lot of great players that don't make it," Jordan said in August during USA Basketball's minicamp in Las Vegas.

James Harden, the NBA's Black Beard from the Houston Rockets who goes against Oklahoma City's Russell Westbrook in a showdown of leading MVP candidates on Thursday, is back in his hoops office again after a quick New Year's Eve getaway in Las Vegas. The shrug is his way of saying this is his norm, his "I live a dream life," with Sin City shout-outs from Drake in the middle of a nightclub concert just hours after he became the first player in league history to score at least 50 points to go with 15 assists and 15 rebounds in a game. "My brother scored 53, with 16 (rebounds) and 17 (assists at home against the Knicks) -- that's no coincidence," Drake said amid the packed crowd. For Harden and the 27-9 Rockets, who went from the conference finals two Mays ago to a frustrating first-round playoff fall to their current third-place standing in the West, it's just that type of season. "I live a dream, man," Harden, who followed his Vegas visit with a third consecutive triple-double in a win over the Washington Wizards on Monday, told USA TODAY Sports on Wednesday. 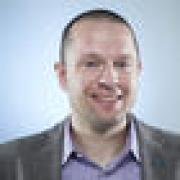 Federal prosecutors have charged USC assistant men's basketball coach Tony Bland with conspiracy to commit bribery, soliciting a bribe and wire fraud as part of a wide-ranging series of indictments related to fraud and corruption in college basketball. Arizona assistant Emanuel Richardson, Auburn assistant Chuck Person and Oklahoma State assistant Lamont Evans were also among the 10 people charged in U.S. District Court in New York City in criminal complaints unsealed Tuesday. Court papers said the FBI has been investigating the influence of money on college basketball coaches and athletes since 2015. "The investigation has revealed several instances in which coaches have exercised that influence by steering players and their families to retain particular advisors, not because of the merits of those advisors, but because the coaches were being bribed by the advisors to do so," the complaint said. Prosecutors allege Bland met with former sports agent Christian Dawkins and an undercover FBI agent on July 29 in a Las Vegas hotel room.

The world of sports could be taking a big financial hit if the current version of the GOP tax reform bill passes. A plan by the Oakland Raiders to build a $2 billion stadium in Las Vegas next year is suddenly under review, thanks to an unlikely challenge from Congress. The latest House tax reform proposal eliminates one of the biggest tax breaks in sports, tax-exempt financing for stadiums. In the last 15 years, according to the Brookings Institute, sports teams built 36 stadiums with tax-exempt bonds, costing federal taxpayers almost $4 billion. "Why should the citizens of Oklahoma be subsidizing that move, or Texas or Nebraska?"

MMA Comes to the PD

The consequences of misapplying a chokehold can be catastrophic. In June, a police officer in Las Vegas was charged with involuntary manslaughter after applying a neck restraint to a 40-year-old man for more than a minute. The coroner determined the cause of death was "asphyxia due to police restraint." In 2016, a man was killed in an Oklahoma jail after a corrections officer held him in a chokehold for more than a minute, crushing his windpipe and causing him to asphyxiate. In 2013, a 60-year-old Michigan man who was suffering from a diabetic episode alleged his windpipe was crushed and vocal cords fractured after an officer place him in a chokehold.