End Of The Gig Economy? Don't Read Too Much Into A California Court Ruling

A recent California Supreme Court ruling is being hailed as a "game changer" for the gig economy. That's because the court adopted a more streamlined test for deciding whether a worker is an independent contractor or an employee. Gig economy companies, like Uber and Lyft, overwhelmingly classify their workers as independent contractors. As a result, they don't comply with basic employment laws, like minimum wage and workers' compensation insurance. If courts decide these workers are misclassified and actually meet the legal test for employee status, gig companies can be on the hook for back pay or unpaid insurance premiums, as well as penalties for past noncompliance. 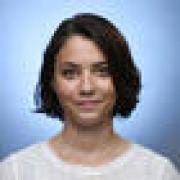 California's economic engine quieted in June as employers reduced their payrolls by 1,400, according to a report Friday by the state's Employment Development Department. It was the second month this year that the state lost jobs. The unemployment rate stayed flat at 4.7%, the lowest rate since November 2000. The state added jobs at a rate of 1.6% over the last 12 months, matching the growth rate in the nation as a whole. California has tended to grow faster than the rest of the country since 2012, but as the job market has tightened, businesses in the state have started taking on fewer new workers each month.

And it's not even that we'll have 5–6 jobs in the course of a career-- it's that the concept of jobs themselves doesn't even exist. The sharing economy led by Uber and AirBnb, is the ugly stepchild of Craigslist and Eharmony-- an unholy match of selling relationships. Imagine Tinder your favorite site and you get a glimpse of the future. Some call this the rental economy, driven by Millennials that don't believe in "owning" cars and "houses", preferring the freedom to roam and experience. Are 20-somethings even buying houses or getting 30 year mortgages anymore?

A bicycle courier has won an employment rights case in a ruling which could have major implications for the "gig economy". A tribunal found that Maggie Dewhurst, a courier with logistics firm City Sprint, should be classed as a worker rather than self-employed. As a worker, she would be entitled to basic rights including holiday and sick pay and the national living wage. City Sprint said it was "disappointed" and will review the ruling "in detail". While Friday's ruling will only apply to Ms Dewhurst, it highlights the working practices of the so-called "gig economy", where people are employed on a job-by-job basis.

Uber drivers are not self-employed and should be paid the "national living wage", a UK employment court has ruled in a landmark case which could affect tens of thousands of workers in the gig economy. The ride-hailing app could now be open to claims from all of its 40,000 drivers in the UK, who are currently not entitled to holiday pay, pensions or other workers' rights. Uber immediately said it would appeal against the ruling. Employment experts said other firms with large self-employed workforces could now face scrutiny of their working practices and the UK's biggest union, Unite, announced it was setting up a new unit to pursue cases of bogus self-employment. Research by Citizens Advice has suggested that as many as 460,000 people could be falsely classified as self-employed, costing up to £314m a year in lost tax and employer national insurance contributions.