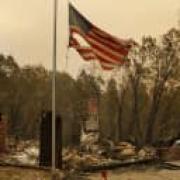 PARIS – World leaders with the power to make war but a duty to preserve peace solemnly marked the end of World War I's slaughter 100 years ago at commemorations Sunday that drove home the message "never again" but also exposed the globe's new political fault lines. As Donald Trump, Vladimir Putin and dozens of other heads of state and government listened in silence, French President Emmanuel Macron used the occasion, as its host, to sound a powerful and sobering warning about the fragility of peace and the dangers of nationalism and of nations that put themselves first, above the collective good. "The old demons are rising again, ready to complete their task of chaos and of death," Macron said. "Patriotism is the exact opposite of nationalism. Nationalism is a betrayal of patriotism," he said.

French President Emmanuel Macron has urged dozens of world leaders marking a century since the end of World War I to come together for a joint "fight for peace". "Let us build our hopes rather than playing our fears against each other," he told leaders, including the presidents of the United States and Russia on Sunday. France, the epicentre of the first global conflict, is hosting the main international commemoration with about 70 world leaders gathering at the Arc de Triomphe in Paris at 10:00 GMT to mark the milestone moment. "The traces of this war will never be wiped away. Neither in France, nor in Europe the Middle East, nor all over the world," Macron said. 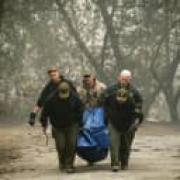 PARIS – Traveling from across the world to monuments honoring soldiers who fell 100 years ago, victors and vanquished alike marked those sacrifices Saturday ahead of Armistice Day and assessed alliances that have been redrawn dramatically since the dark days of World War I. The leaders of former enemies France and Germany, in an intimate gesture that underscored their countries' current roles as guarantors of peace in Europe, held their heads together at the site north of Paris where the defeated Germans and the Allies signed the agreement that ended the 1914-18 war. After Chancellor Angela Merkel briefly snuggled her head into the neck of French President Emmanuel Macron, the two went inside a replica of the train car where the armistice was reached and put their names in a guestbook. Macron then took Merkel's hand in his, again highlighting the changes on the continent where two world wars were fought in the 20th century. "Our Europe has been at peace for 73 years. There is no precedent for it, and it is at peace because we willed it and first and foremost, because Germany and France wanted it," he said.

A Canadian soldier looks at the grave of Canadian World War I soldier George Lawrence Price at the St. Symphorien cemetery in Mons, Belgium, Saturday, Nov. 10, 2018. George Price was the last Canadian soldier to die in World War I. (AP Photo/Geert Vanden Wijngaert) Trump is joining other world leaders at centennial commemorations in Paris this weekend to mark the end of World War I. (AP Photo/Thibault Camus) PARIS – With words of gratitude, simple, solemn silence or a tweet, leaders lauded the courage of millions of soldiers who were killed during World War I's four years of unprecedented slaughter before converging on Paris for ceremonies to mark the centennial of the Armistice. Canadian Prime Minister Justin Trudeau went to Vimy Ridge at dawn, the battlefield in northern France where Canada found its sense of self a century ago when it defeated German opposition against the odds. Standing amid the white headstones against an ashen sky, Trudeau said that what Canada achieved over the past century was "a history built on your sacrifice. You stand for the values on which Canada was built."

On 100th anniversary of end of WWI, world leaders to mark event with Emmanuel Macron in France 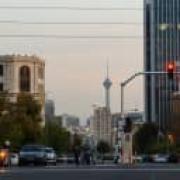 PARIS – President Emmanuel Macron on Sunday kicked off a week of commemorations for the 100th anniversary of the end of World War I, which is set to mix remembrance of the past and warnings about the present surge in nationalism around the globe. Some 70 to 80 world leaders including U.S. President Donald Trump and his Russian counterpart, Vladimir Putin, are preparing to fly to the French capital next weekend for a ceremony marking a century since the guns fell silent. On Sunday, German President Frank-Walter Steinmeier joined Macron in the border city of Strasbourg to attend a concert in the city's towering gothic cathedral celebrating the friendship between former wartime enemies France and Germany. The 40-year-old French leader will next embark on a weeklong tour during which he will crisscross war-hit areas in northern and eastern France and attend individual ceremonies with the leaders of Germany, Britain and Mali. The centrist president is expected to use the international spotlight to issue a rallying cry against nationalism, having recently warned that the world risks forgetting the lessons of the 20th century's great conflicts.