The potential of robots for humankind

I have been interested in robots and robotics since I was very young. The term robot is attributed to the author Karel Čapek through his play R.U.R. (Rossum's Universal Robots), which includes a factory that makes artificial people called roboti (robots) from synthetic organic matter.1 Most of us think of robots as mechanical contraptions, but the robots in R.U.R. were artificial humanoids grown from a process that produced living, thinking beings. My interest in robots was stimulated sometime in the 1960s by reading the novel I, Robot by Isaac Asimov.2 Since then, our imaginations have been sparked by other robots, including Gort, the menacing protector in The Day the Earth Stood Still;3 the robot in the television series and movie Lost in Space ("Danger, Will Robinson!

Shapeshifting robots using a new material could be on horizon

A new material being researched could make shape-shifting robots real, but let's hope they aren't as violent as the Transformers from the movies. Researchers have developed a flexible material that can stretch when heated and will allow robots to change shapes. The material, which can also be rigid, is a mix of elastomer foam with a soft metal alloy. With the material, robots could become more versatile. Most robots are rigid, much like human skeletons, but by morphing into new shapes, they could be used for new tasks.

4 things 'WALL-E' got right about our tech-obsessed future 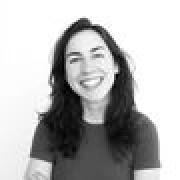 Nissan's ProPilot self-driving chair brings more to mind than just a novel way to wait in line. The plot follows a waste-management robot tasked with cleaning up Earth nearly 700 years in the future. On a spaceship far away, humans have devolved into helpless creatures ferried around on floating chairs while small armies of service robots attend to their every need. SEE ALSO: Nissan's self-driving chairs are the future of waiting in line What else did WALL-E get right about our increasingly robotic world? Though not nearly as cute as the movie's titular hero, the recycling robots at ZenRobotics can sort all kinds of waste.

The new work, which the researchers are presenting this week at the International Conference on Robotics and Automation, builds on a long sequence of papers on origami robots from the research group of Daniela Rus, the Andrew and Erna Viterbi Professor in MIT's Department of Electrical Engineering and Computer Science. "It's really exciting to see our small origami robots doing something with potential important applications to health care," says Rus, who also directs MIT's Computer Science and Artificial Intelligence Laboratory (CSAIL). "For applications inside the body, we need a small, controllable, untethered robot system. It's really difficult to control and place a robot inside the body if the robot is attached to a tether." Joining Rus on the paper are first author Shuhei Miyashita, who was a postdoc at CSAIL when the work was done and is now a lecturer in electronics at the University of York, in England; Steven Guitron, a graduate student in mechanical engineering; Shuguang Li, a CSAIL postdoc; Kazuhiro Yoshida of Tokyo Institute of Technology, who was visiting MIT on sabbatical when the work was done; and Dana Damian of the University of Sheffield, in England.