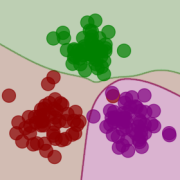 One of the most frequent used techniques in statistics is linear regression where we investigate the potential relationship between a variable of interest (often called the response variable but there are many other names in use) and a set of one of more variables (known as the independent variables or some other term). Unsurprisingly there are flexible facilities inR for fitting a range of linear models from the simple case of a single variable to more complex relationships. In this post we will consider the case of simple linear regression with one response variable and a single independent variable. The purpose of using this data is to determine whether there is a relationship, described by a simple linear regression model, between variables. You seen in the image that first i checked my working directory and then changed it to another directory, this means the working datafiles have another location so i changed it for my help.

In this tutorial, we will build a trivial linear regression model with the data stored in GridDB. We will begin with GridDB's python-connector to insert and access the data. Afterwards, we will see how to retrieve and convert the data using pandas and numpy. In the end, we will train and visualize our regression model using scikit-learn and matplotlib. The following tutorial is carried out on Ubuntu Operating system (v. 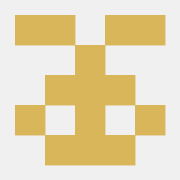 Results on UCF101 dataset using the evaluation script provided by paper's author. It uses motions masks when calculating PSNR, SSIM and IE. This codebase was developed and tested with pytorch 0.4.1 and CUDA 9.2. In order to train the model using the provided code, the data needs to be formatted in a certain manner. The default train-test split is 90-10.

This repository provides code to reproduce results from the paper: Compressed Sensing using Generative Models. NOTE: Please run all commands from the root directory of the repository, i.e from csgm/ Pip installation can be done by $ pip install -r requirements.txt To get results with better quality, increase the number of iterations to at least 500 and use at least 2 random restarts.] Identfy a dataset you would like to get the quantitative results on. This will create a bunch of .sh