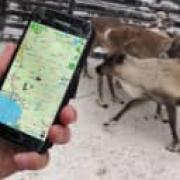 LONDON - London's Gatwick Airport was operating without problems Sunday, but the fugitive drone operators who brought incoming and outgoing flights to a standstill over multiple days remained at large -- and a potential threat -- after police cleared two local residents who were arrested as suspects. Sussex Police were hopeful they had halted the disruptive and costly drone incursions during one of the heaviest travel periods of the year with Friday's arrests of a couple who live near the airport. But they were released Sunday, and police said they were no longer suspects. Tens of thousands of passengers suffered through long flight delays or were stranded by cancellations after two drones were reported seen above the airfield at Gatwick on Wednesday night, prompting an immediate suspension of all air traffic. Sussex Chief Detective Jason Tingley said Sunday he could not rule out new drone activity at Gatwick or other U.K. airports.

A man and a woman have been arrested in connection with a string of drone sightings which brought Gatwick Airport to a standstill. They were arrested in the area at about 22:00 GMT on Friday. The airport has since reopened but flights were grounded for more than a day affecting about 140,000 passengers after drones were seen near the runway. Sussex Police said it was continuing to investigate "criminal use of drones" and appealed for information. The airport said it aimed to run "a full schedule" of 757 flights on Saturday, carrying 124,484 passengers.

London's airports don't want a repeat of the drone panic that left Gatwick travelers grounded for days, and they're willing to spend loads of cash to keep their skies safe. Heathrow and Gatwick have spent millions of pounds on "military-grade" anti-drone systems in the wake of the scare. It's not clear what they've purchased, but it might be a Rafael Drone Dome system that can jam drone communications. The company told the Times that it had seen interest from UK customers, but it's not clear if that included the two airports. It's still unclear how much of a threat drones posed during the Gatwick incident, or if the owners even intended anything malicious.

The United Kingdom has sent troops to its second-busiest airport after an unprecedented attempt to cripple Christmas travel with unusually large drones forced all flights to be grounded. As tens of thousands of passengers on Thursday waited at Gatwick Airport, south of the capital, London, police hunted unsuccessfully for the operators of the large drones which reappeared near the airfield every time the airport tried to reopen the runway. Police said there was no indication of a terrorism motive behind the devices, which first appeared on Wednesday night. "The assessment earlier on today was that we wouldn't be using firearms," Detective Chief Superintendent Jason Tingley said late on Thursday. "This is continually reviewed so you will know and have seen that we have firearm officers deployed."

Britain's Gatwick airport has reopened after a rogue drone saboteur wrought travel chaos for hundreds of thousands of Christmas travellers by playing cat-and-mouse with police snipers and the army. After the biggest disruption at Gatwick airport since a volcanic ash cloud in 2010, Britain's second-busiest airport said on Friday its runway was open and that a limited number of aircraft were scheduled for departure and arrival. "Gatwick's runway is currently available and a limited number of aircraft are scheduled for departure and arrival," the airport said. "Gatwick continues to advise passengers to check the status of their flight with their airline before travelling to the airport as departures and arrivals will be subject to delays and cancellations." Gatwick said 700 planes were due to take off on Friday, although there would still be delays and cancellations.