A movie montage for modern artificial intelligence might show a computer playing millions of games of chess or Go against itself to learn how to win. Now, researchers are exploring how the reinforcement learning technique that helped DeepMind's AlphaZero conquer the chess and Go could tackle an even more complex task--training a robotic knee to help amputees walk smoothly. This new application of AI based on reinforcement learning--an automated version of classic trial-and-error--has shown promise in small clinical experiments involving one able-bodied person and one amputee whose leg was cut off above the knee. Normally, human technicians spend hours working with amputees to manually adjust robotic limbs to work well with each person's style of walking. By comparison, the reinforcement learning technique automatically tuned a robotic knee, enabling the prosthetic wearers to walk smoothly on level ground within 10 minutes. 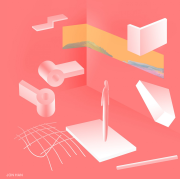 In brief OpenAI has disbanded its AI robotics team and is no longer trying to apply machine learning to physical machines. Wojciech Zaremba, co-founder of OpenAI, who led the robotics group confirmed that the company recently broke up the team to focus working on more promising areas of artificial general intelligence research. "Here's a reveal ... as of recently we changed the focus at OpenAI, and I actually disbanded the robotics team," he said during an episode of the Weights & Biases podcast. Zaremba said a lack of training data was holding the robotics research back: there wasn't enough information on hand to teach the systems to the level of intelligence desired. "From the perspective of what we want to achieve, which is to build AGI, I think there was actually some components missing," he added.

Larry Page wants patients to hand over their data to researchers in order to save "100,000 lives". It's just one of the ideas expressed in a wide-ranging interview at the Ted (Technology, Entertainment and Design) conference in Vancouver. But he added that consumers need to accept that a new era of open data is inevitable. Interviewed on the Ted stage by US television host Charlie Rose, Mr Page was asked why Google bought the UK machine learning firm DeepMind. "I was looking at search and trying to understand how to make computers less clunky and also thinking about how speech recognition is not very good," said Mr Page.

AMP Robotics, the recycling robotics technology developer backed by investors including Sequoia Capital and Sidewalk Infrastructure Partners, is close to closing on as much as $70 million in new financing, according to multiple sources with knowledge of the company's plans. The new financing speaks to AMP Robotics' continued success in pilot projects and with new partnerships that are exponentially expanding the company's deployments. Earlier this month the company announced a new deal that represented its largest purchase order for its trash sorting and recycling robots. That order, for 24 machine learning-enabled robotic recycling systems with the waste handling company Waste Connections, was a showcase for the efficacy of the company's recycling technology. That comes on the back of a pilot program earlier in the year with one Toronto apartment complex, where the complex's tenants were able to opt into a program that would share recycling habits monitored by AMP Robotics with the building's renters in an effort to improve their recycling behavior.