Twenty Percent of Seafood Is Mislabeled

For more on how fishermen are using tech to fight back against fish fraud, read this piece and listen to our Bite episode "Fishy Business" here.

A third of charity fraud cases in England and Wales are suspected to involve staff, trustees or volunteers, the charity watchdog has claimed. The Charity Commission report said organisations should stay alert to "insider fraud", and make sure that "mutual trust" is not abused. The commission said crimes committed could be opportunistic or due to a lack of charity oversight. The organisation also issued an appeal on insider fraud incidents. The statistics relate to instances of fraud between April 2015 and March 2016.

9 Facts That Blow Up the Voter-Fraud Myth

Among the conservative talking points that refuse to die is the idea that there is widespread voter fraud in America. The most recent warning about the scourge of illegal voting came from Texas Governor Greg Abbott, who recently claimed "The fact is voter fraud is rampant." That's simply not true, as many new outlets reported. According to Politifact, there were just 85 prosecutions for voter fraud in Texas from 2002 to 2015, and not all of them led to convictions. That's a paltry number considering that more than 42 million ballots were cast in the state's general elections from 2002 to 2014.

TSB has become the first UK bank to pledge to refund customers who fall victim to any type of fraud. The "fraud refund guarantee" will cover cases where customers are tricked into authorising payments to fraudsters, as well as unauthorised transactions. The move comes as the bank tries to rebuild its image after an IT meltdown last April left 1.9 million customers unable to access their own money. Banks have been under pressure to help tackle the rise in sophisticated fraud. Currently victims who are tricked into transferring money directly from their account to a fraudster are less likely to be reimbursed because they approved the payments. 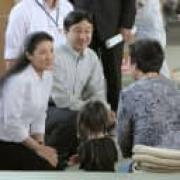 The amount of money stolen in "it's me" scams and other special cases of fraud fell 9.6 percent in 2018 from the previous year to ¥35.68 billion, down for the fourth straight year, National Police Agency data showed Thursday. The so-called ore-ore (it's me, it's me) scam refers to the swindling of mostly elderly people by perpetrators who impersonate their children or their grandchildren over the phone and ask for urgent money transfers. The number of special fraud cases, which also include charging people for visiting websites they never actually used, detected by police decreased 9.4 percent to 16,493 cases, the first decline in eight years, according to the data compiled by the agency. "We're seeing the results of police efforts to promote damage prevention measures via cooperation with financial institutions and crackdowns on fraud groups so as to eliminate them," an NPA official said. At the same time, the official noted, "The amount of money stolen and the number of detected cases are both still at high levels, suggesting that the situation remains serious."