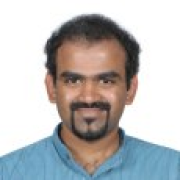 There are a number of explanations on what blockchain is and what exactly is the difference between Bitcoin and blockchain, but another area where I get many questions, is the difference between public and private blockchain. Many flavors of blockchain have evolved over the years and the terminology is often misconstrued. So, how are they different? The sole distinction between public and private blockchain is related to who is allowed to participate in the network, execute the consensus protocol and maintain the shared ledger. A public blockchain network is completely open and anyone can join and participate in the network.

IBM has unveiled a new blockchain product that lets start-ups and developers build their own distributed ledger projects. The service is a cheaper alternative to Big Blue's current enterprise plan for firms looking to develop blockchain applications. Blockchain, otherwise known as distributed ledger technology, is a massive distributed database that maintains a growing record of transactions or other data. It was originally used to underpin the digital currency bitcoin -- although cryptocurrencies are not what IBM is focusing on with its blockchain endeavors. Different to the public blockchain network that underpins bitcoin, IBM's technology only allows a certain number of trusted parties to access it.

The year 2019 was pivotal for enterprise blockchain. The technology expanded beyond adoption by innovators and first movers to include a growing number of organizations working together to rapidly turn blockchain's promised value into tangible business results. With greater blockchain adoption on the horizon, governance will become a key factor. Yet, creating a governance model that all participants agree upon can be challenging. In fact, we have found that 41 percent of organizations believe lack of uniform governance standards across partner organizations to be the most significant challenge to progressing their blockchain proof of concept (PoC) or minimal viable ecosystem (MVE).

IBM has dominated the blockchain-in-business space for a while, partnering with other companies to further develop its blockchain network, and until now most blockchain alliances have been forged with IBM. This new alliance shows that IBM isn't the only company developing a blockchain network for business, but it also shows that businesses are pretty serious about the new tech. It's not just a buzzword anymore, it's something on which companies are willing to stake money and reputation. The Trusted IoT Alliance plans to host annual events and hopes to create a more scalable and reliable IoT network by using blockchain. The alliance endeavors to connect physical objects -- a computer, a car, a phone, or even a tagged piece of clothing like a shoe -- to the Internet of Things by using blockchain, as a way of record keeping or managing inventory.

Whether it's artificial intelligence (AI), machine learning, robotic process automation or the blockchain protocol, emerging technologies are moving at an incredible pace. However, these emerging technologies are still functioning in a somewhat fragmented nature – especially in the cryptocurrency and blockchain technology arena. Recognizing the need to utilize these emerging technologies within the future of decentralization, MATRIX AI Network has built an innovative blockchain protocol that embraces the many benefits of AI and machine learning. One of the overarching concerns of the blockchain space is the amount of energy required to keep networks operational 24/7. In fact, with 90% of Bitcoin mining costs attributable to energy consumption, the platform required a whopping 30 terrawatt hours of electricity in 2017 alone.