Twitter has updated us on the state of its business and, if you squint, you can almost see that things are picking up for the service. The company revealed that while revenues fell by $164 million, it managed to trim its quarterly losses down to just $62 million. By comparison, Twitter burned $167 million in the last three months of 2016 and $80 million in the same quarter last year. Twitter's also had a problem with perma-stagnant user growth, with the number of monthly users hovering around the 310 - 320 million mark for the last year. Not so this quarter, which saw the number of daily users spike in the last three months, taking the total to 328 million.

Even after 11 years of existence, Twitter is still trying to explain the basics of the product.

Twitter is cutting about nine percent of its global workforce as its quarterly revenue growth slowed sharply in the third quarter but topped analysts' expectations. Twitter Inc., which has struggled amid competition from Facebook, Snapchat and Instagram, announced on Thursday that it expects to book about $10m to $20m in workforce restructuring charges. Since the end of 2014, Twitter has picked up just 15 million monthly users to expand its audience to 313 million people through June. In the same period, Facebook gained 319 million users to reach 1.7 billion people. On the stock market, Twitter's shares rose nearly four percent to $17.97 in premarket trading on Thursday. 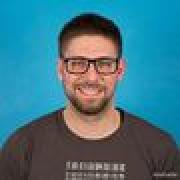 I'm sorry, Twitter, I really am. I've been a user for exactly a decade, and though I've never been a fanatical tweeter, I have been active all these years. But right now the state of Twitter is such that pretty much anything resembling it could replace it. The open-source, decentralized Twitter clone grew rapidly over the last week; so fast that the main server (at Mastodon, they call this "instance") had to shut down its doors for new users. And it's not hard to guess where all these users are coming from: If you join one of the other instances right now, most of the messages you'll see will be sighs of relief from users who finally feel freed from the shackles of Twitter.